Nonkanyiso Conco was once one of Jacob Zuma’s best-kept secrets, but now she’s giving South Africans access to her life.

Conco, who shot to prominence in 2018 when she was revealed as Zuma’s latest fiancée, is part of the cast of the new 1Magic show The Real Housewives of Durban.

She had a child that year with Zuma, who at 78 is more than three times her age, but last year there were reports that the relationship was over.

All will be revealed on the show, which is due to air its first episode on January 29, with producers promising to showcase the lives of Durban’s wealthy. Conco will be joined by Sorisha Naidoo, the wife of billionaire businessman Vivian Reddy; Kgomotso Ndungane, the wife of former Sharks and Springbok rugby player Odwa; Ayanda Ncwane, the widow of gospel legend Sfiso Ncwane; Anne-Tonni Lodick Mthembu, the wife of Durban businessman Kgolo Da Guru; and Durban businesswoman Nonku Williams.

Read Also: Popular Pastor Involved In Accident On His Way To The Funeral

“This show was definitely a surprise when I was approached,” said Conco. “I must say, whatever critics said about me stays with them. I don’t have control of what people say about my life or my name. The only control I have is being authentic to my truth.”

Conco is believed to be in her mid-20s but declined to disclose her age because she “enjoys seeing people assuming it and making up stories”.

Her engagement to Zuma saw her join a turbulent polygamous family that includes four current wives — Gertrude Sizakele Khumalo, Tobeka Madiba-Zuma, Bongi Ngema-Zuma and Nompumelelo Zuma, who is estranged from the former president. 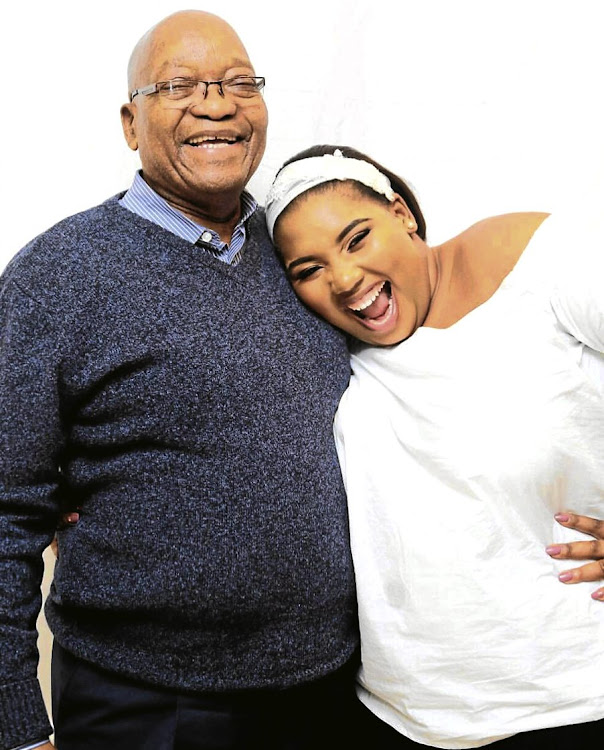 The mother of Duduzile and Duduzane Zuma, Kate Mantsho Zuma, died in 2000. The former president was also once married to co-operative governance & traditional affairs minister Nkosazana Dlamini-Zuma. They divorced more than 20 years ago.

Conco said: “It is unfortunate that the media has portrayed its image of who I am. Through this show viewers will get to experience me, bearing in mind the show has a format and one has to follow, though it’s out of my character and [a] culture shock.”

She said that shooting the first couple of scenes was overwhelming, but after her nerves calmed she eventually became comfortable. “I’m a quick absorber and have adapted to the changes around my personal space.

“I hope that people get to see how important it is to be genuine and stand by your truth. I have opened my heart to edify the nation that being engaged/married to a prominent figure doesn’t mean [living] under his shadow but embrace your own potentials and capabilities, have purpose and vision.”

If there is one thing she wants to teach South Africans about herself it’s that “no matter what noise is around you, stay true to who you are”.

“I’ve been cyber-bullied, deeply so after giving birth to my son, and at first it was overwhelming because I’m human,” she said.

“One of the best lessons I’ve learnt from my fiancé is emotional intelligence, hence I’ve kept silent because I know my truth and who I am and not what the media has insinuated.

You May Also Like: Drama as bride’s wig falls off during kissing {watch}

“I have never [thought] that I will ever cross paths with such a calm and wise being. I always knew deep down [in] my heart that one day the world will have a chance to meet me.”

“My purpose and vision for the youth is to make impactful and positive decisions on their lives. [During the seminars] I gather different experts from different sectors to engage with women seated at the event,” she said.

“I’ve learnt that at many gatherings of women energy is mostly [focused] on taking pictures, makeup and dressing up,” she said. “Speakers [leave] without guests engaging and venting out their pains and being empowered.”

Another project close to her heart is a body products business. “I’ve launched a luxurious skin-care range, LaConco Naturals, that is made with mango and shea butter infused with essential oils. It includes body butter, body bath crème soap, body scrub, and [we are] launching scented candles soon.”-TimesLive

SHORT HAIRY TOKOLOSHE WITH BIG MANH00D SPOTTED AT NGOZI MINE

‘Chiwenga critically ill, airlifted to China due to coronavirus’

Trevor Dongo Impersonator busted after sleeping with many women

Talking to yourself is a sign of intelligence: Study