Multitudes attended the burial of Zimdancehall chanter and Liberation Hero, Soul Jah Love born Soul Musaka, who was laid to rest at Warren Hills this Saturday as he received a 21 gun salute.

Soul Jah Love received a gun salute, a symbolic gesture of honour, performed by military officers whenever a hero is laid to rest.

This brought wild cheers to the Zimbabwe National Army as ghetto youths appreciated the gesture towards the dearly departed SoulJah.

President @edmnangagwa is the president of the youth. Time & again, he has shown willingness to listen to young people. Soul Jah Love was buried by soldiers & received the gun salute. And the young people showed love to the Gunners… The army & the people can't be separated 🇿🇼🇿🇼 pic.twitter.com/wMhoASHbNX

There was chaos at the cemetery as thousands of fans wanted to pay their last respects with police doing their best to control the situation.

A group of young men view proceedings atop a tombstone

Some tombstones at Warren Hills were destroyed as fans jostled, climbing on top of the tombstones as they tried to catch a glimpse of the burial proceedings.

Others even lost their mobile phones. Fans played some of Soul Jah Love songs from their cars while chanting his favourite line “Chibaba-Chibaba”

In an interview with one fan identifed as Mose (33) who walked all the way from Chitungwiza to bid farewell to the Liberation hero, he said Soul Jah Love is a true hero.

“Vakagona… thank you for honouring Soul Jah Love. Imagine I had to walk from Chitungwiza to Warren Hills. We are a team of eight ghetto youths. He used to entertain us. My first born is called Saul. I gave him that name because of my idol Jah Love, “ he said. 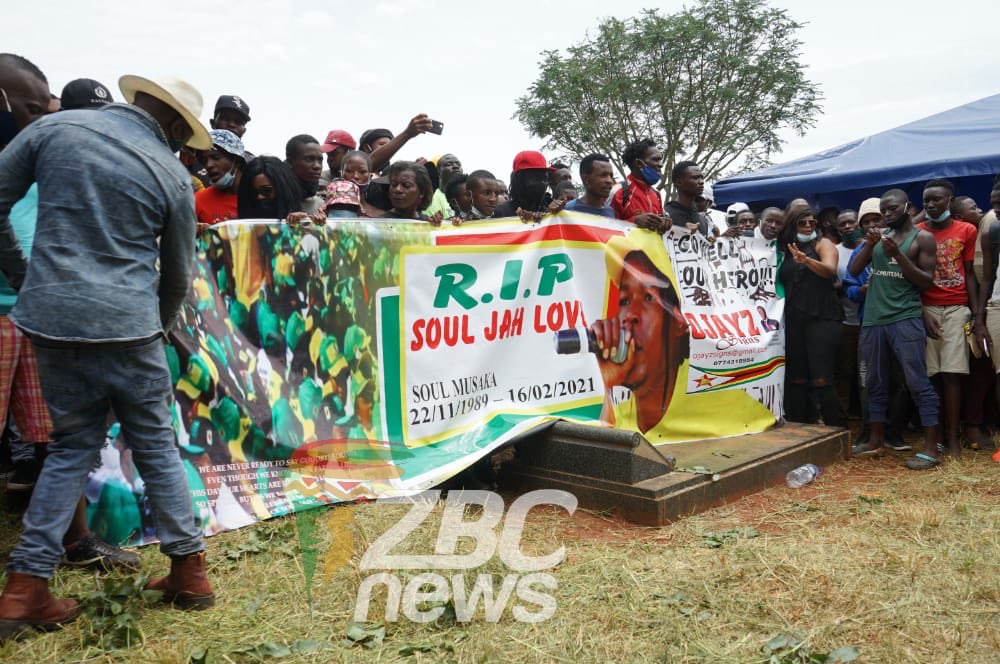 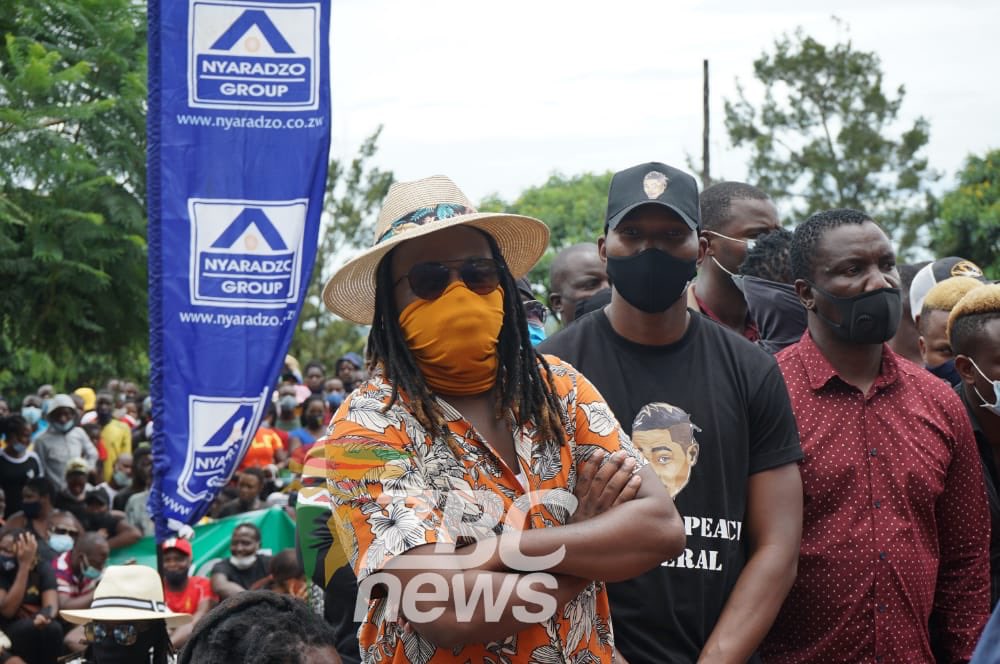 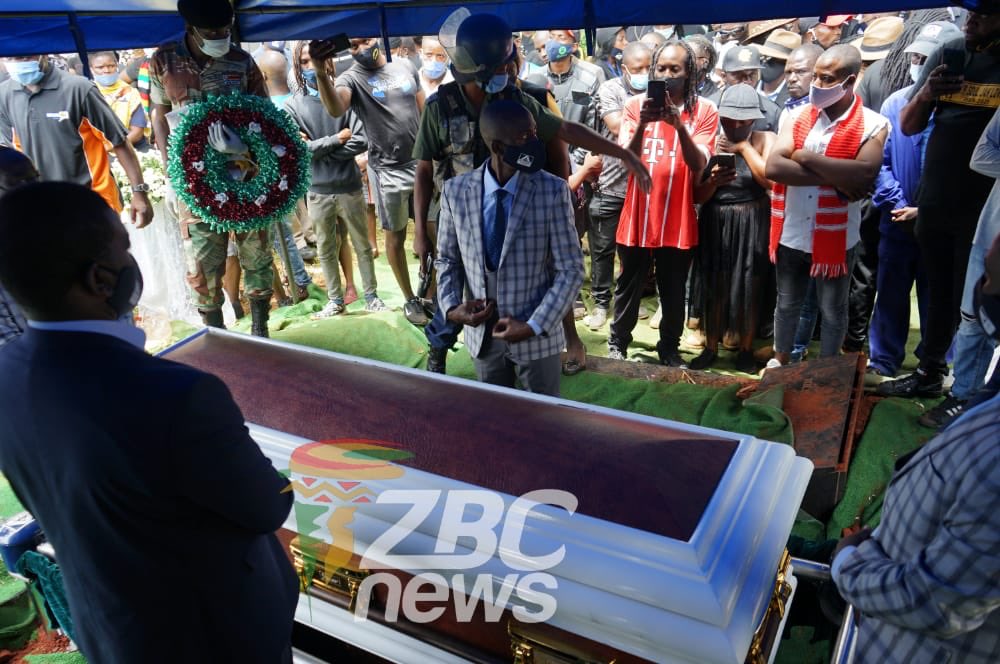 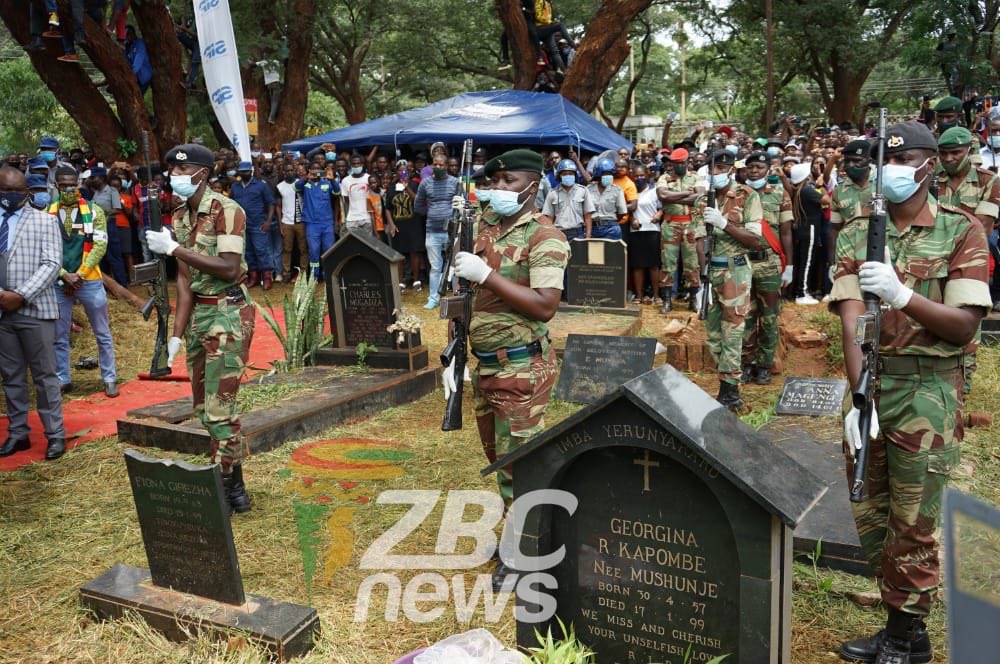 Lawyer thoroughly bashed over US$2