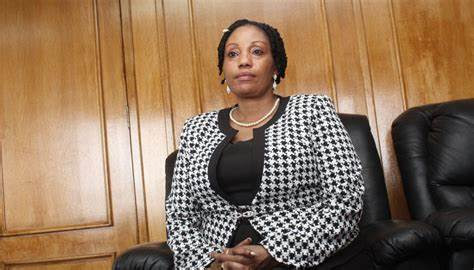 The government has put aside $76 billion for the 2023 harmonised elections, with $53 billion for voting.
Professor Mthuli Ncube, minister of finance and economic development, said voter registration and inspection still need funding.

ZEC is finalizing electoral boundaries after the April census.

ZEC will use census results for delimitation.

The Central Registry Department supplied national ID cards, birth and death certificates, and more from April through September to ensure 18-year-olds could register to vote.

The Government has gazetted the Electoral Amendment Bill to relax voter registration rules ahead of next year’s harmonised elections.

The bill will change the main Act to make it Constitutional.

Some renters who didn’t pay primary rates had trouble collecting proof of residence from landlords who didn’t want to be bothered or wouldn’t accept they had a tenant.

The bill states that a driver’s license cannot be used as identity; voters must present a national ID card or valid passport.

The new law specifies when national assembly and local authority candidates can withdraw from an election and incorporates the 30% women’s and youth quotas.

Once the Bill is enacted into law, it will help ensure that only citizens can vote in an election, that proper candidates can contest in an election, and that a candidate can withdraw their candidacy in an election so that ZEC has enough time to change the ballot design and notify the electorate of any changes to the candidature in an election.

President Mnangagwa appealed for a peaceful harmonised election in his State of the Nation Address on Wednesday. Herald

Job Sikhala has filed a motion for the recusal of the magistrate, claiming that he “cannot receive a fair trial.”