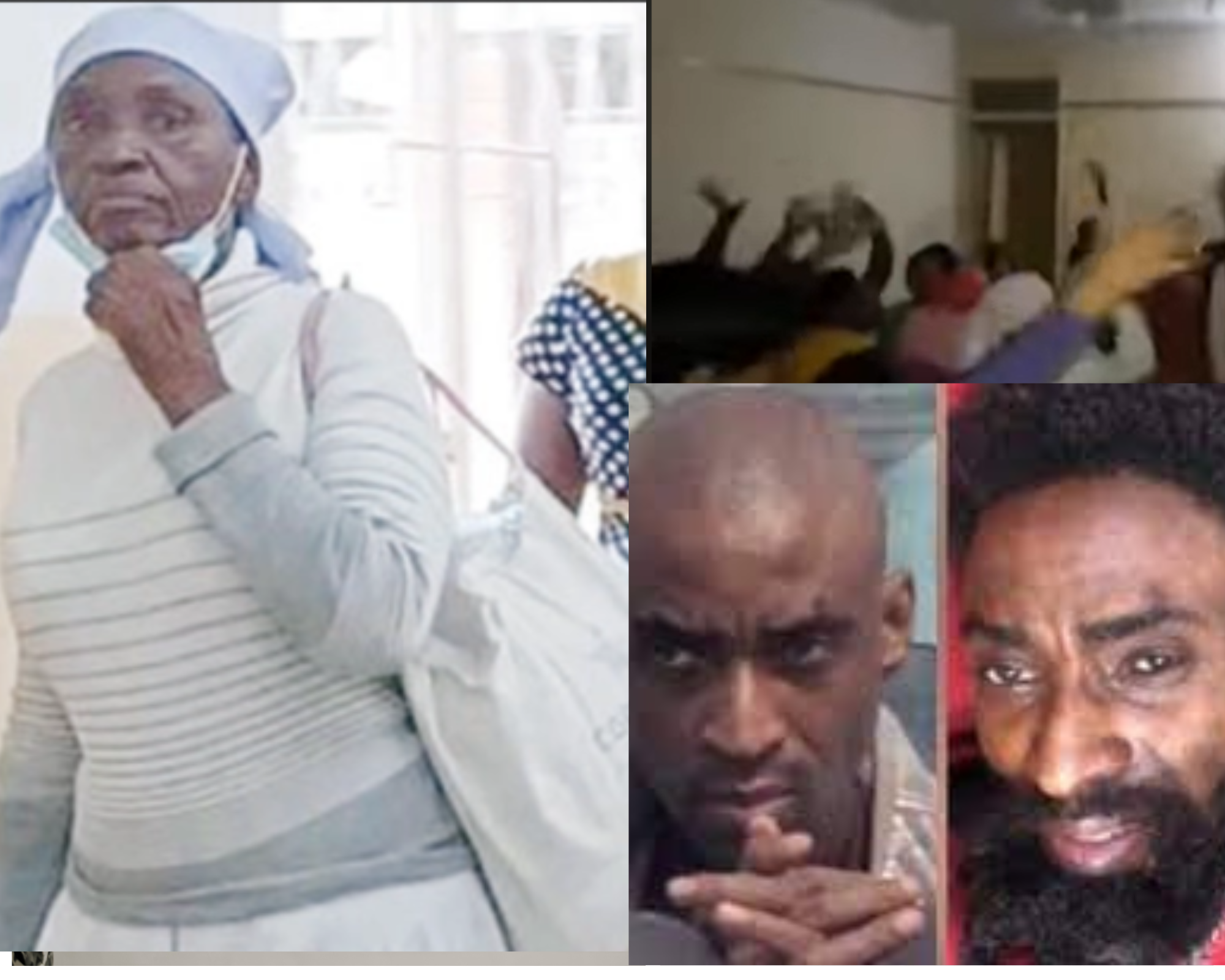 Zengeza 3 residents finally had the chance to enter Gogo Mashasha’s house and mourn the death of Grant’s father, whose body was discovered five days after his death.

She was known in her neighbourhood for being a loner and not entertaining visitors, even relatives.

Now that she is away, Zengeza 3 residents took the time to get inside the house and danced and sang after Grant’s relatives opened the forbidden premises.

Gideon Mashasha, the deceased’s body was taken to the house for a few minutes before being taken to Gwanda where he will be buried.

Watch the video of Gogo Mashasha’s House turned Upside Down below;

Their first-born daughter has since jetted into the country, from the United Kingdom, for her father’s burial.

Sekuru Mashasa’s younger brother, Christopher Mashasha, 74, said he was devastated by his brother’s treatment, even in death.

He said he didn’t get along well with Gogo Mashasha, “I last saw Gideon in 2016 when I attended the funeral of one of his children,” said Christopher.

“Gogo Mashasha was not comfortable with visitors, be it, relatives, because she locked me outside, several times.

“She lied to me about the burial arrangements of her daughter as a way of avoiding relatives.

“However, Gideon heard my conversation with her and later phoned telling me the exact date since the body was still outside the country.

Read Also: This is how evil gogo Mashasha was to her husband

“Gideon reported abuse cases against Gogo Mashasha that, at one time, police threatened to bring a social welfare official to the house since she was starving him and not bathing him.”

He said his brother’s problems started when he fell ill.

“Gideon’s problems with Gogo Mashasha started in 1992 when he became paralysed.

“His wife started abusing him by denying him food and not bathing him. She would lie to relatives about his condition.

“He actually lived under filthy conditions.

“She also blocked him from communicating with his relatives and barred all relatives from entering their yard.

“Gideon’s death has come as part of a healing process for his relatives because we will no longer be subjected to lies after inquiring about his condition and welfare,” said Christopher.