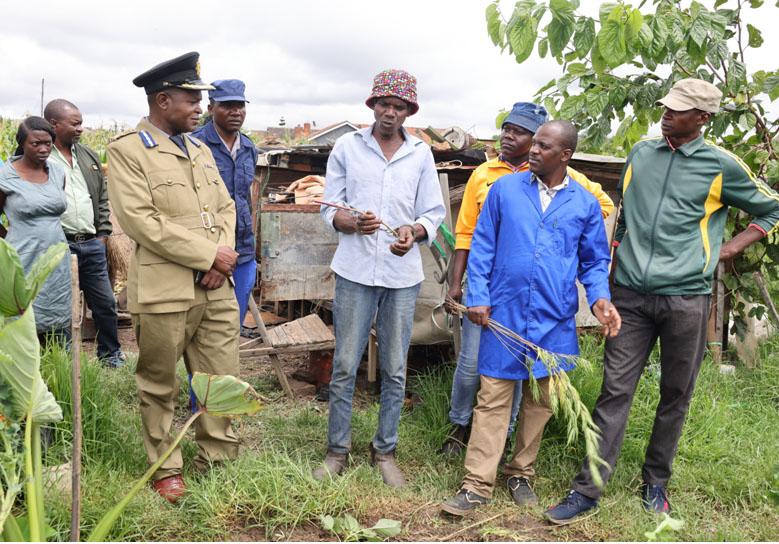 A caretaker at the Baptist Church in Harare’s Westlea suburb has been arrested for turning a church stand into a marijuana farm.

This comes after police discovered almost 1 000 plants of marijuana at various stages of development on the church premises.

The arrest of 54-year-old Lawrence Mutizwa came as a relief to Westlea suburb residents who described him as a maniac who was in the habit of harassing fellow residents who had no idea that he was covering up his illegal shenanigans of growing marijuana (mbanje).

”We always thought he was mad from the way he acted. He would at times chase people he thought were prying.

”Now we understand why he behaved the way he did, he had something to hide. We are grateful that the police have made this arrest.

“We are happy the police are weeding out such people from society. We were afraid of using the road at certain times because he would be violent,” said residents who spoke to ZBC News.

You May Like: Zim Man Brags While Driving SA Police Car: Video

Zimbabwe Republic Police national spokesperson, Assistant Commissioner Paul Nyathi, who was at the scene of the crime this Saturday said police will continue to weed out criminal elements from society.

”It is sad to note that the accused dared to say he was planting mbanje under Command Agriculture. He took advantage of the situation since there was no activity at the church stand. We urge those allocated stands to construct on time so that we don’t give criminals opportunities to commit crimes,” he said.

A suspected illegal marijuana farmer Lawrence Mutizwa (54) was arrested on Saturday for growing more than 700 plants at a church premises in Westlea, Harare, where he was working as a caretaker
📹 @emmanuel_kafe pic.twitter.com/ZCSK35hD7s

Mutizwa appeared in court this Saturday and was remanded in custody.