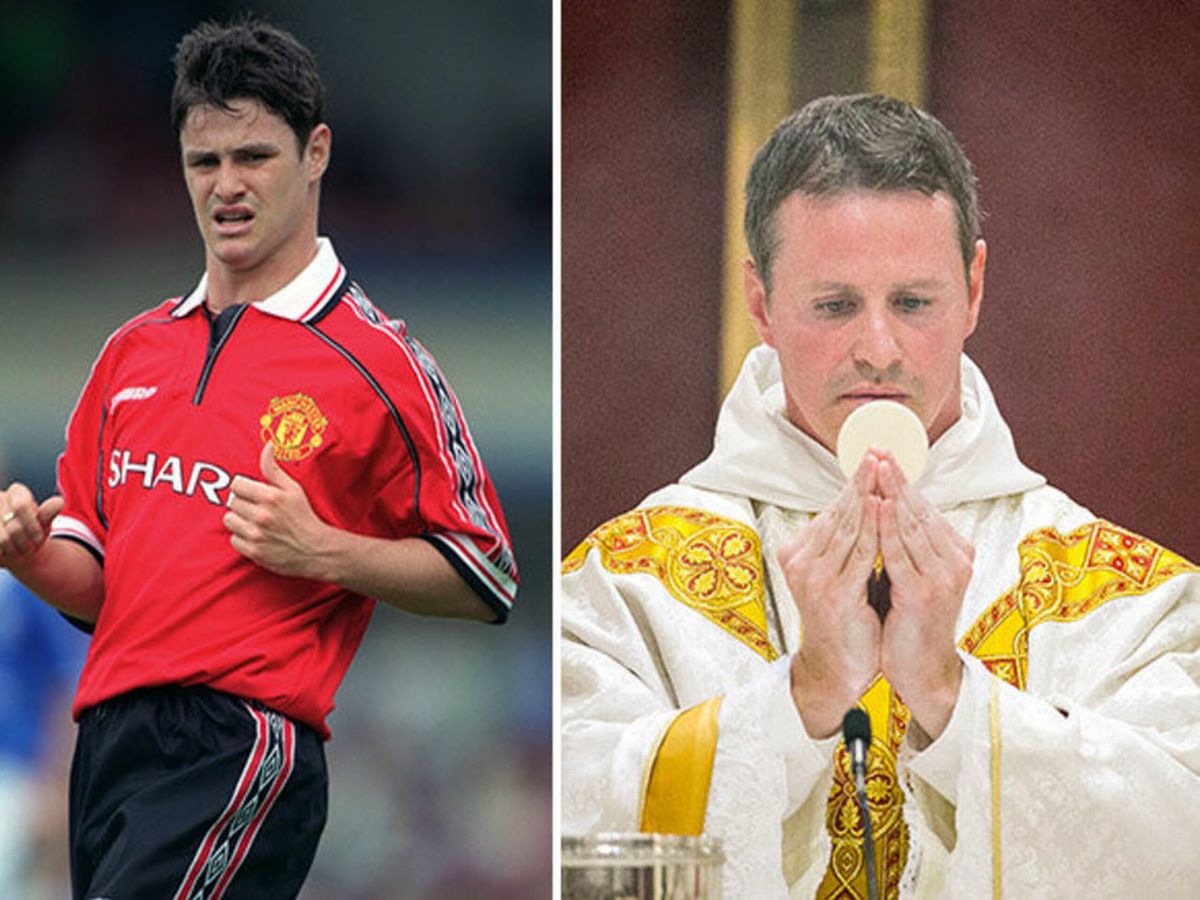 LONDON. — A former Manchester United football star left the game to become a Roman Catholic priest after getting bored of the money and attention from women.

Phil Mulryne (44) was once one of the budding starlets to come out of United’s academy, but he swapped his boots for the Bible when he became disillusioned with the perks that came with the game such as money and women. The ex-midfielder earned £600 000-a year at the height of his career, but instead of endearing him to the sport, the handsome sum and all its trappings made the former Northern Ireland international miserable, and the emptiness that engulfed him led him to the Lord’s house.

Mulryne began his career at Old Trafford, where he made his debut in October 1997. But he failed to break into United’s first team and only made one English Premier League appearance before moving to Norwich in 1999.

Mulryne fared better at Carrow Road and made 172 appearances and scored 20 goals between 1995 and 2005. The midfield maestro also had stints with Cardiff, Leyton Orient, and Kings Lynn before retiring in 2009 at 31.

But it was during his time with the Canaries that the Bible enthusiast started to fall out of love with the sport. Speaking on his transition into priesthood, Mulryne previously told Norwich’s official website: “It’s hard to pin down a particular moment. I would say it started in my last year at Norwich, not explicitly and I wasn’t thinking about it at that time but I started to get dissatisfied with the whole lifestyle.

“We have a wonderful life as a footballer and I was very privileged, but I found with all the surrounding stuff that eventually there was a kind of emptiness with it. I was quite shocked – why am I not happy when I have everything that young men want?

You May Like: Benni McCarthy Earns More Than These Five Players At Man U

“It started me on a journey towards exploring my faith again, the faith that I had as a young man. I took a decision to come home for a year and it was really during that year that everything turned upside down.

“I volunteered at a homeless shelter for a while. I started going back to mass and I started praying again on a regular basis. I just found a real sense of fulfilment with it. Football was huge highs and lows and here was something that was giving me a steady sense of contentment.”

Nowadays, Norwich’s ex-midfield talisman goes by the title Reverend Father Philip Mulryne, after being ordained a priest for the Dominican Order in 2017. He currently oversees a congregation at St. Mary’s Priory Church in Cork.

And despite living a modest life compared to the fast-paced existence he was once accustomed to, Mulryne has no regrets about quitting the sport nearly a decade ago.

He added whilst unveiling more details about his life change: “My vocation to priesthood and religious life came later in the course of that year — I felt this strong desire for this way of life and I stayed with it for a few months and then got the courage up to explore it and I took the decision and it’s now eight years later.”

Peter Crouch played alongside Mulryne in Norwich’s Championship winning side in the 2003/04 season, and although the former England striker’s “pleased” with his pal’s transition, he reckons he may have been a major factor in pushing the priest into his new way of life.

In his book, How to Be an Ex-Footballer, the BT Sport pundit said: “Maybe — and this is a possibility I don’t like to entertain — it was hanging out with me in those giddy months that convinced him he needed a fresh direction in his life.”

But despite his disdain for the game, Mulryne swapped the pulpit for the pitch one final time, and played for Norwich City Legends when they faced Inter Forever in a charity match four years ago. The priest showed flashes of his former self in the match where he rifled a troublesome free-kick towards the opposition’s goal and came close to scoring again when his effort flew just wide of the post in the match the Canaries’ veterans lost 2-1.

Benni McCarthy Earns More Than These Five Players At Man U