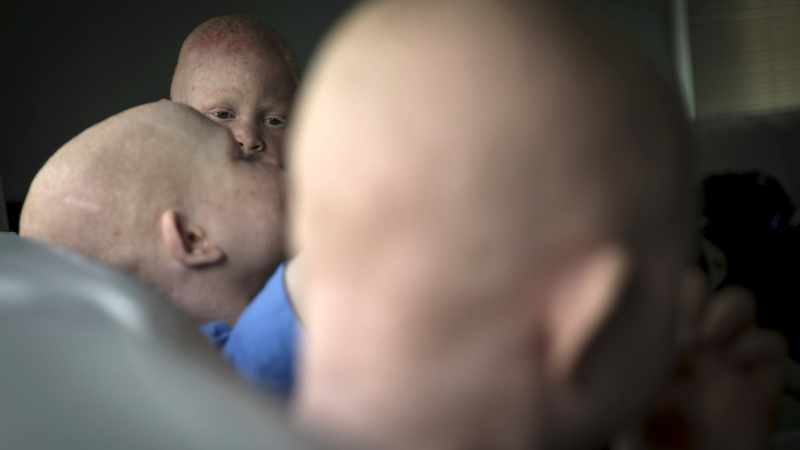 A woman will spend the next two decades behind bars after she tried to sell an albino child to a traditional healer in Manguzi in northern KwaZulu-Natal.

According to the National Prosecuting Authority (NPA), the woman approached James Mthembu in June 2016 and told him that she could arrange an 11-year-old albino child from her area that he could use for traditional medicine.

“In exchange, she wanted R100 000 and asked him to contact her if he wanted to see the boy,” said NPA spokesperson in KZN, Natasha Ramkisson-Kara.

You May Like: Horror As Ritualists Are Caught Exhuming Body From Grave

She said Mthembu informed local police and asked them to accompany him.

Kara said police thought the information could assist with a missing child case they were working on at the time.

Mthembu arranged to meet the woman and she was then arrested. She was charged with attempted human trafficking.

“In her statement the woman said that she has lived in fear ever since the offence. Her son was also fearful. The woman said that following the incident she kept her child by her side, not allowing him to leave the yard.

“She also said that she considers her child to be a gift and she loves him very much, however she cannot forget how difficult it was to protect him, knowing that there were people who wanted to harm him,” Kara said.

The court also heard how the mother revealed that she knew of other mothers who have children with albinism and they too fear for their children’s lives.

The NPA explained that in sentencing the woman, the court declared her unfit to possess a firearm.

“The court further ordered that a social worker go to the woman’s house and assess the situation regarding her own children,” Kara said.

The Director of Public Prosecutions in KZN, Advocate Elaine Zungu, welcomed this sentence adding that she hoped the sentence addresses the myth of killing people living with albinism for the purpose of traditional medicines.

“This is a criminal offence and we view it in a very serious light. This case also highlights the basic human right to life and nobody should be denied that right. The NPA in KZN is currently engaging with traditional leadership in the uMkhanyakude district on various issues affecting the community, including human trafficking. We will continue to fight for justice for vulnerable groups and victims of crime. We commend the prosecution and the police for their stellar work in securing this conviction,” Zungu said.-IOL