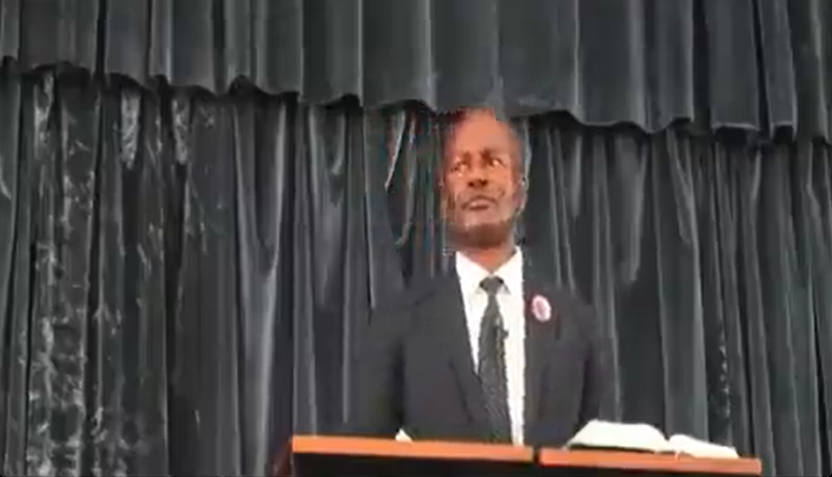 The Johannesburg Central SDA church was robbed at gunpoint this afternoon while the pastor was preaching.

Six unknown gunmen disguised themselves as visitors and, as the service began, drew their weapons and ordered the pastor and the entire congregation to sit down.

The visibly shaken pastor complied with the robbers while the church camera captured the incident.

The robbers took all of the phones, wallets, and tithe money.

The Johannesburg Central SDA church was robbed at gunpoint this afternoon while the pastor was preaching.
Six unknown gunmen disguised themselves as visitors, and as the service began, they drew out guns and ordered the pastor and the entire congregation to sit down. pic.twitter.com/Z2mCxkzdnD

In a related incident, robbers broke into the Apostolic Faith Mission (AFM) church in Glen Norah B, Harare, and stole more than US$18 000, $12 000, and laptop computers, among other items.

Pastor Eddie Magodha is the pastor of the church.

Read Also: Husband Dumped For ‘Praying Too Much’

The intruders successfully eluded the watchman’s gaze and gained access to the two-story church building before ransacking the administration and pastor’s offices.

Moses Javachava (52), a security guard, said yesterday that he heard some noise from within the premises around 1 a.m., moved around, and found nothing.

It wasn’t until around 0500hrs in the morning, when congregants arrived for morning prayers, that it was discovered that the screen door to the upper room, as well as all other major doors, had been broken or manipulated.

The burglars are suspected of using bolt cutters to break the locks and crowbars to disengage the doors before entering the church.

The incident occurred at a time when churches are increasingly being targeted by robbers who believe the institutions are hiding large sums of money.

Related Topics:SDA church robbed
Up Next