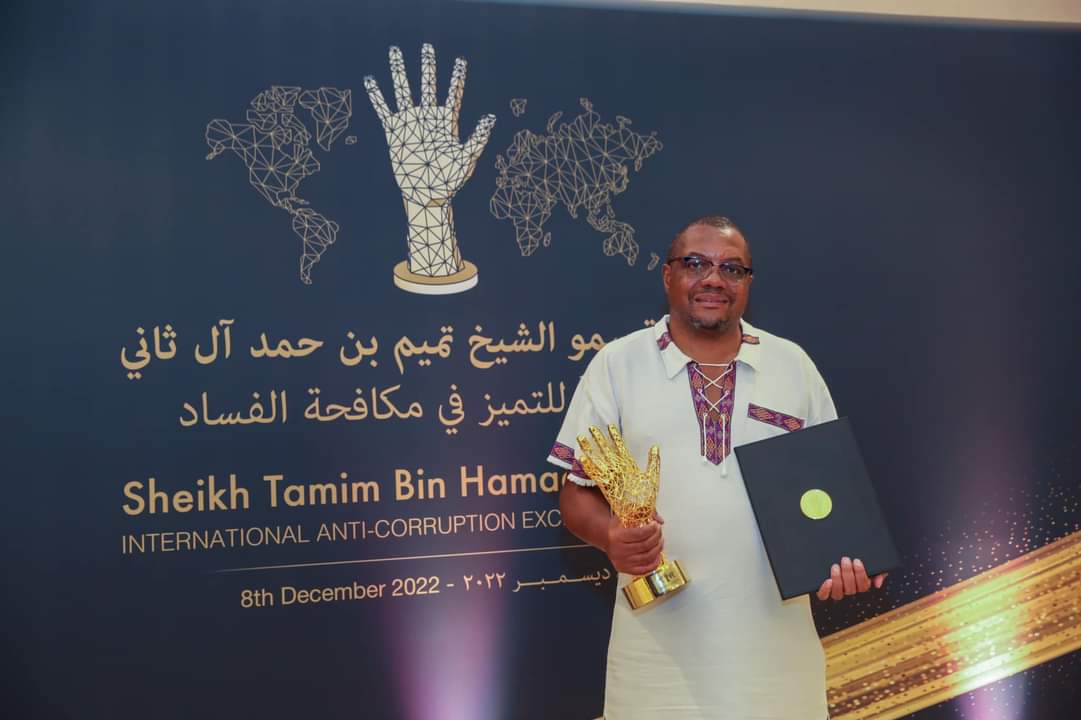 In Doha, Qatar, journalist, and filmmaker from Zimbabwe Hopewell Chin’ono were presented with the International Anti-Corruption Excellence Award.

Chin’ono, a government critic, helped expose a US$60 million alleged illicit agreement by Ministry of Health officials to acquire COVID-19 test kits and medical equipment in 2020.

The UN Special Advocate for the Prevention of Corruption was there when Chin’ono tweeted that he had received the award from the Emir of Qatar, Sheikh Tamim bin Hamad Al Thani. Authored by Chin’ono

I recently returned from Doha, Qatar, where I was presented with the International Anti-Corruption Excellence Award.

In the presence of the United Nations @UN Special Advocate for the Prevention of Corruption, I received the honor from Sheikh Tamim bin Hamad Al Thani, the Emir (King) of Qatar.

This is a critical milestone not just for me, but for my country which is fighting to go ahead because of tremendous plunder of public monies and abuse of the judiciary!

I’d want to express my deep gratitude to the people who have followed my social media accounts and kept them updated on my persecution by the Zimbabwean government.

Beatrice Mtetwa, Doug Colart, Harrison Nkomo, Gift Mtisi, and the @ZLHRLawyers have been tremendously helpful, and I am grateful to all of them.

Also, I’d like to express my gratitude to the people who supported me throughout my approximately eighty-five days in jail, especially my family and my friend Unopa.

I appreciate the coverage of my political persecutors and the many corruption exposes that have been published because of you. Thank you, @Cde Ostallos & CCC, for protecting my house.

Last but not least, I’d like to express my gratitude to everyone who cheered me on during the Tutu Fellowship.

In 2020, when I was being hounded by the police, Nkosana Moyo, Maggie Mwamuka, and my late cousin George Mukusha came to my house and stood with me.

Thank you, Juliet and Edwina, my two sisters.