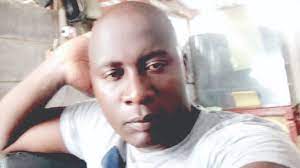 Nomatter discovered that affair after finding a nud_e pictures of Madzimai Miriam in her husband’s phone.

What irked Nomatter is that Madzimai Miriam had been assisting her with prayers to save her marriage, only to snatch her husband, H Metro reports.

“We have two children and Madzimai knows me very well. She was helping me with prayers for my marriage, but now I realise that she took me as someone who doesn’t think. Vakundirwadzisa since they are not even remorseful,” Nomatter said.

Nomatter said when she confronted her husband, he stopped coming home and now neglects his children.

“He no longer comes home. He chose to leave his children and told me to make a plan.

“I am suffering with the children yet their father is busy supporting another family. His child failed to graduate at ECD level because he said he had no money, yet he was busy calling Madzimai to buy presents for her children,” said Nomatter.

She said she also found audio messages of the two arranging to meet for ƨəx several times. Contacted for comment, Kudakwashe was not moved, and instead boasted of his cheating ways.

“I am not denying that I am dating Madzimai Miriam. In fact, I am in deep love with her.

“I am the one who sent those pictures to my phone because they are mine. If she did not search my phone, she would not have seen those nudəs.

“I don’t give a f*** about whether she published the nudəs. I am not even ashamed of my actions.

“She has proved that she is not a good and respectful woman. She should have kept it a secret between me and her while we find a way solving the problem rather than telling everyone and showing them nudə pictures,” said Kudakwashe.

He said if Nomatter keeps bothering Madzimai Miriam, he would report her to the police.

“Things are not okay, I understand but she was not supposed to tell people about these issues,” he said.

“I confirm that I am dat!ng her husband, but our love started way back when the couple divorced, and I am not the one who sent those nudəs, but her husband.

“He did not inform me that the two were now back together, and so our love affair continued.

“I am actually in the process of suing her husband for taking nakəd pictures of me without my permission,” Madzimai Miriam said.

“The wife violently confronted me a number of times, and I am still deciding whether to continue dat!ng her husband or leave him.

“I heard that she claims her husband is staying at my house, which is not true. I don’t have any idea where he stays,” Madzimai Miriam said.

Do You Want To Work In Australia As A Nurse, Teacher? Get Your Visa In Three Days