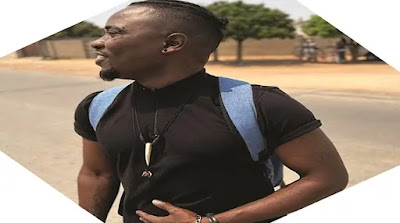 A MAN from Paddonhurst in Bulawayo will live to rue the day he was busted getting cozy with his co-tenant’s wife on his fellow lodger’s matrimonial bed.

As he was writhing in pain, his assailant spiked his man hood with a thorn.

As a result of the alleged tor_ture, Tendayi Gowero soiled himself.

It is reported that Desire Moyo (28) unexpectedly returned home from Beitbridge at around 8:30PM and found Gowero sitting with his wife Patience Siko Ncube on his matrimonial bed.

A source close to the incident said: “Desire violently grabbed Tendayi and slapped him thunderously before kicking him several times all over the body.”

You May Like: Man Caught Having Tlof Tlof With In-Law’s Wife At Masowe Shrine, Bashed

His two other co-tenants tried to restrain Desire but he threatened to cut them with a knife.

He even chased after one of the co-tenants but he could not catch him.

To add salt to injury, the source said Desire returned to his bedroom and found his still unclad victim groaning in agony and he pierced his man hood with a thorn.

“He buried a thorn into his man hood and told Tendayi, who was screaming his lungs out and was just gasping like a dying fish, it was punishment for sitting with his wife on his matrimonial bed,” said the source.

As Desire continued torturing Tendayi, one of the tenants rushed to Kumalo Police Station and reported the incident.

Desire is in police custody.

Bulawayo police spokesperson Inspector Abednico Ncube confirmed the incident and discouraged members of the public from resorting to violence when they have disputes.

“We would like to discourage members of the public from resorting to violence. They should engage police, relatives or pastors to solve the dispute amicably,” he said.

When contacted for comment Patience said she was not at liberty to speak to the Press.

“I’m in a bad state at the moment and I can’t give you a comment,” she said tersely. B Metro