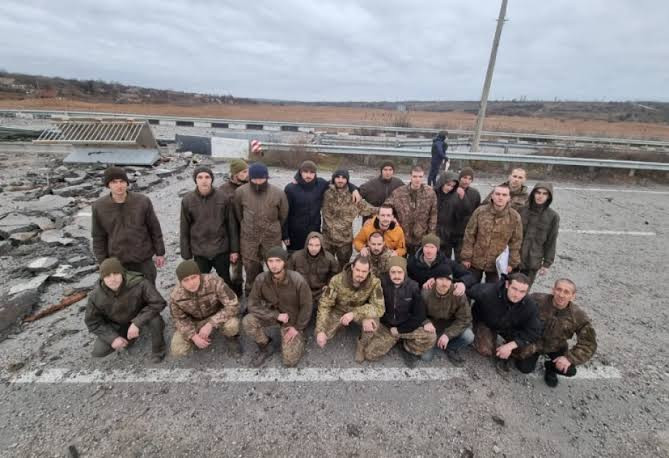 Warring countries, Russia and Ukraine have carried out a prisoner exchange with a total of 100 soldiers returning to their respective home countries, according to authorities from both countries on Sunday, January 8.

Russia’s defense ministry said in a statement that as a result of the negotiation process, 50 Russian soldiers captured by Ukraine were returned to Russia.

“We returned the people who were captured at the Chernobyl nuclear power plant, as well as the defenders of Mariupol, the guys from the Donetsk direction, from near Bakhmut, as well as from Kyiv, Chernihiv, Kherson and other regions,” Yermak said in a statement.

“This is not the last exchange. Our task is to return all our people and we will fulfill it,” he said.

Sunday’s exchange is the 36th exchange between Russia and Ukraine since the beginning of the full-scale Russian invasion, with 1,646 people — military and civilians — returned home to Ukraine, according to the Coordination Headquarters on the Treatment of Prisoners of War in Kyiv

Russia invaded Ukraine on the 24th of February, saying it wanted to ‘de-nazify’ Ukraine and rid it of NATO influence. However, Ukraine says Russia just wants to carry out an imperialist-style land grab.