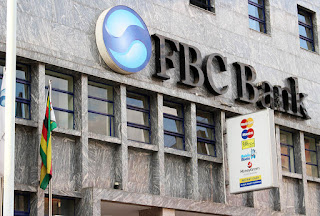 THE OWNER OF A ZIMBABWEAN COMPANY Selected by FBC Holdings to renew the security licence for its emails allegedly spent the nearly $28 million advance payment required to push the purchase through the auction procedure.

Maraire and his associates were not required to enter a plea when they appeared before magistrate Mrs Evelyn Mashavakure, who remanded them in custody until February 16.

According to the State, Maraire is the principal shareholder of Modern Niche Digital Consulting Africa Private Limited and the single signatory to the company’s bank account.

According to The Herald, On August 11 last year, FBC engaged Maraire and his company for renewal of the bank’s email security licence. The court heard FBC Holdings was satisfied that Maraire’s company was registered as partner of Proof Point, the British company that provides the licence. The deal was done well in time as the FBC lience was due to expire in September last year.

Maraire and his company allegedly quoted $27 857 850 but needed prepayment. On October 14 FBC Holdings transferred $27 857 850 into Morden’s FBC Bank account for an application to the Reserve Bank auctions and pay for Proof Point security system services to be made. The auction system requires applicants to have the local currency in their bank account and to supply the invoice so that the foreign currency is transferred to the foreign payee.

But when the money flowed into the Morden account, Maraire did not apply for foreign currency at RBZ as expected, but instead allegedly converted all the money to his own use.

Form Three Girl Who Gave Birth In Class To Return

Man Shot In The Head Outside Bank