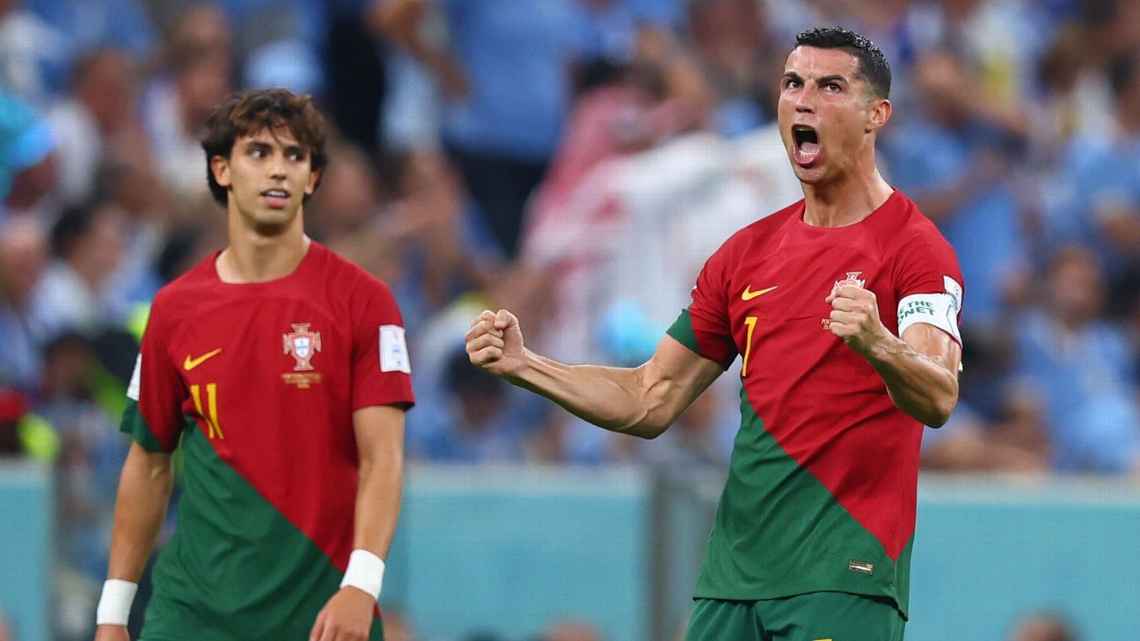 LUSAIL, Qatar — Bruno Fernandes overshadowed Cristiano Ronaldo by scoring both goals for Portugal on Monday as a 2-0 win against Uruguay sealed a place in the 2022 World Cup’s knockout round for the 2016 European champions.

In a hard-fought game at Lusail Stadium, Fernandes made the key difference for Portugal as Uruguay’s loss left them at the bottom of Group H and needing to win against Ghana in their final game to have any hope of qualifying for the next stage.

Cristiano Ronaldo hasn’t scored over 800 career goals without an intense desire to stick the ball into the net, but he went as far as trying to sneakily claim one he didn’t score against Uruguay.

The 37-year-old, now without a club following his acrimonious exit from Manchester United last week, became the first player to score in five World Cup tournaments when he netted a penalty in the 3-2 win against Ghana in Portugal’s opening game in Qatar.

But he also tried to deny Fernandes the opening goal in this game against Uruguay by reacting to the 54th-minute strike by celebrating as though he had headed in the midfielder’s cross.

At first glance, there seemed to be nothing but the faintest contact from Ronaldo’s head, but his reaction suggested no doubt that he had delivered the crucial touch. Yet a series of replays showed that Ronaldo hadn’t touched the ball or diverted it into the net at all.

When the big screens in the Lusail Stadium announced moments later that Fernandes had been awarded the goal, Ronaldo’s reaction was caught on camera: He was looking at the screen and gave what appeared to be a nervous laugh of trying to mask his disappointment, or simply his disbelief that somebody had the audacity to take the goal off him.

It was a similar look from Ronaldo when he was substituted by manager Fernando Santos in the closing stages.

Mahachi Begs For Second Chance: “I Lost Everything”