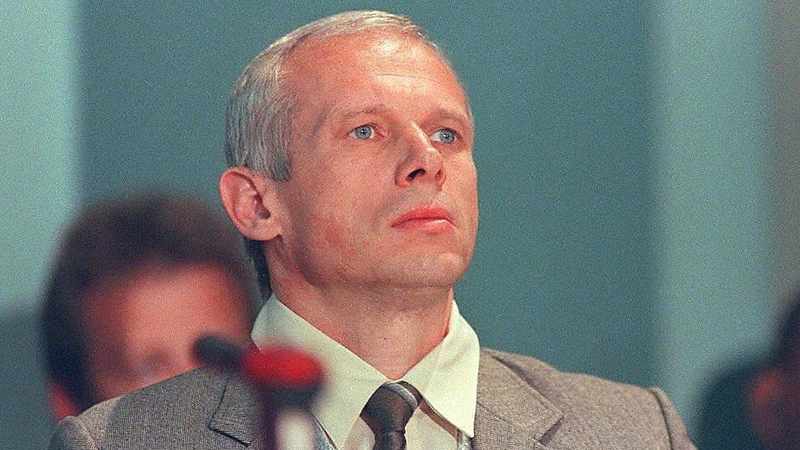 South African anti-apartheid hero Chris Hani’s killer has been stabbed in jail, days after the country’s top court ordered him to be released on parole, the prison services said Tuesday.

In a statement, the Department of Correctional Services (DCS) said it was “able to confirm an unfortunate stabbing incident” involving Janusz Walus, who has spent nearly three decades in jail for the 1993 killing.

Walus, a 69-year-old far-right immigrant from then-communist Poland, had been due to be released by Thursday, under an order issued last week by the Constitutional Court that ignited angry protests.

“It is alleged that Walus was stabbed by another inmate from the same housing unit,” it said, adding that an investigation was underway.

You May Like: Man Shot Dead After Confronting Wife’s Lover

A DCS spokesman told AFP the incident occurred “today, in the afternoon.” Walus is being held at the Kgosi Mampuru II Correctional Centre in Pretoria, the spokesman said.

Walus had been handed a life sentence for gunning down Hani, a hugely popular figure and fierce opponent of the apartheid regime.

He was the general secretary of the South African Communist Party (SACP) and chief of staff of Umkhonto we Sizwe, the armed wing of the now-ruling African National Congress (ANC).

He was shot dead in the driveway of his house on April 10, 1993 in Boksburg, a suburb east of Johannesburg.

The shooting occurred just as negotiations to end apartheid were entering their final phase, stoking protests and rioting in black townships that some feared would erupt into civil war. AFP