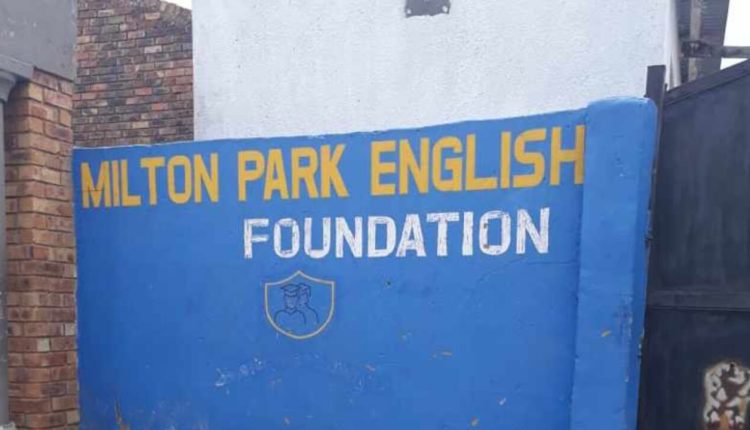 Zimbabweans set up an illegal school in Johannesburg, South Africa, and then fled before the Gauteng Department of Education (GDE) could capture them and close the school down.

The school in Ivory Park, Johannesburg, had been open since 2018 before being closed down as part of the Operation Vala program.

According to a GDE official, Milton Park English Foundation School was founded by Zimbabweans who fled when they learned it was about to be closed.

Steve Mabona, a GDE spokesperson, confirmed that the school was owned by Zimbabweans. He went to Milton Park English Foundation School with the intention of closing it down, but the owners had already fled the premises.

The bogus school provided instruction for students in grades R through 9. The school had 111 students, the vast majority of whom were Zimbabweans. GDE was informed that the school was operating in its most recent location.

According to the information they received, Milton Park English Foundation School had been operating for five months in Ivory Park, Johannesburg. The school owners changed locations each time they were identified and shut down. They were last closed in 2020 while operating in a different location.

“However, the owners have been operating illegally from different densely populated locations, moving each time they are identified and closed. The said illegal school was previously shut down in 2020, whilst operating from a different location”.

He said learners from the school will be placed at neighbouring registered schools. Mabona said parents will be informed of the school’s closure before their children are placed in new schools. He said:

The officials visited the school to assess learners, a meeting will be facilitated to inform parents of developments regarding the school

The officials will deal with undocumented pupils and ensure that the right procedure is followed so that they can attend school legally. He said:

Officials will continue with such a process, however children of school-going age should be in a classroom, and as such documents or lack thereof will not be a barometer.

In 2021, about 20 unregistered schools operating in Ivory Park were shut down by former education MEC Panyaza Lesufi.