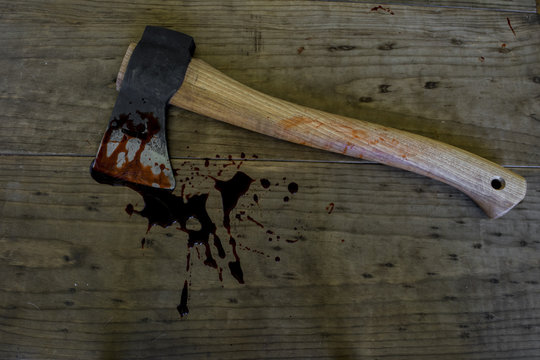 A BULAWAYO man is on the run after allegedly wreaking havoc and striking his brother on the head and right leg with an axe, accusing him of having an illicit affair with his wife.

Bhekinkosi Moyo (31) of Bulawayo’s Pumula North suburb allegedly struck his 25-year-old brother on the head and right leg on Friday.

According to police, the unidentified younger brother was cut on the head and right leg as a result of the attack.

Read Also: Mudzi Man Chops Off Father’s Head, Privates And Places Them In A Bucket

Assistant Inspector Nomalanga Msebele, deputy spokesperson for the Bulawayo provincial police, said that on the fateful day, Moyo approached his younger brother, who lives in the same house, while he sat on the chair.

“Moyo accused him of having an affair with his wife. A misunderstanding arose between them and Moyo produced an axe from his trousers and struck the complainant,” she said.

According to Asst Insp Msebele, Moyo fled the scene of the crime, leaving his brother in a pool of blood, and was later rushed to Mpilo Central Hospital, where he is being treated.

She urged members of the public to avoid using violence and instead involve third parties in resolving disputes.

“We are also appealing to members of the public who might have information on the whereabouts of Moyo to contact any nearest police station,” said Asst Insp Msebele.