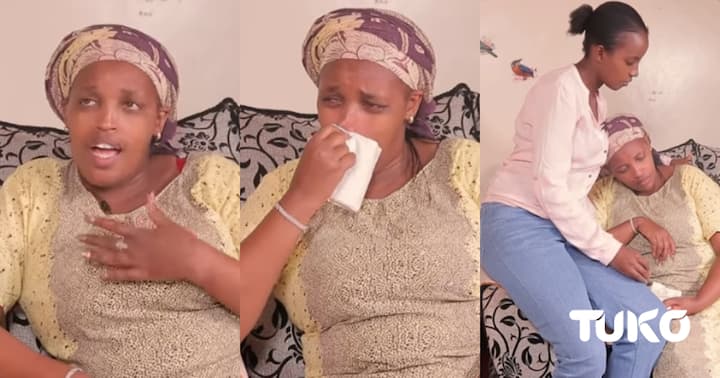 Soipan Martha is a troubled woman after learning that her mother and her husband (now an ex) have been having an affair for 15 years.

Growing up, Soipan Martha always craved for her mother’s affection, but she never understood why this never materialised.

At the age of two, Martha’s mother left her in the care of her elder sister and left the country to seek greener pastures in Saudi Arabia.

She says life was not easy as she kept wondering when she would ever see her mother again.

One day, her mother returned to Kenya and decided to take her to boarding school, but no one would visit her during the visiting day. This made her befriend the headmistress, who vowed to treat her as her daughter. And she did.

With the help of her grandmother, she joined high school after primary school then began to work in the hospitality sector, where she met a man and fell in love.

Falling in love with the wrong man

“I thought he loved me because of all the attention he would give me. But immediately I moved in with him trouble started. He beat me up on the first day demanding money and ATM cards. Whenever I had no money he would sell my phone and keep the money,” she told TUKO.co.ke’s Ann Nyathira in an interview.

Martha said that whenever she would seek help from her mother, the mom would defend the man and say he would never do such a thing.

She recalled how one day, after she was introduced to her mother in law by her husband’s brother, the old lady’s response shocked her.

“She asked me, with all this beauty, did you not find anyone else to marry?” she narrated, adding that after that statement, then her sister in law told her that many had come before her and some left injured and severely injured.

On the day she returned home from the introduction, she found her husband furious. He wanted to know what his relatives had told her, and when she couldn’t answer, he beat her up until she lost consciousness.

She woke up in the hospital, where she was also informed that she was pregnant but unfortunately lost the baby three hours after birth.

Read Also: Watch: I Have Raised Two People From The Dead

She decided to leave the marriage, but the man would hide and beat her up as she was coming from work. Broken Martha sought refuge in a church where a pastor took advantage of her and became pregnant.

He also rejected her when she informed him of the pregnancy. And fortunately, nine months later, after complicated labour that threatened her life and that of her baby, she gave birth to her son.

At this point, she decided to start her life alone with her son, but her peace was quickly interrupted; mom called her in the wee hours of the night, pleading with her for help.

“She told me that (ex-hubby’s name) was beating her that I should help her. Ten years before this I had left this man but he confessed to having an affair with her mother for over 15 years. My mother was there and she could not even deny it. This hurt me so bad. Why would she do this? Why would she hurt me like this,” she wept bitterly.

Shortly after, the mom got unwell and moved in with Martha because the man could not take care of her.

“She even lied to me that they had ended the illicit affair, but after I took care of her and even sunk into debts because of her treatment, my mother left my house and moved in back with my ex-husband,” she recalled adding that she had since distanced herself from the two, but forgiven them.

Martha now seeks a fresh start saying she wishes to clear her debts and leave the country where no one knows her misery.