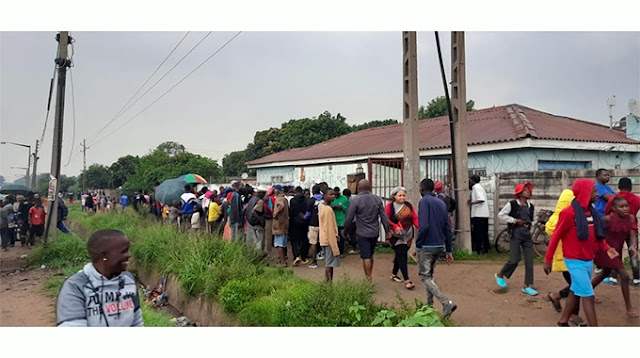 An unidentified man was reportedly electrocuted Wednesday morning in Engineering, Highfield after he allegedly tried to steal from a ZESA transformer.

Residents said they heard a loud explosive noise before losing electricity around 5 am when he got electrocuted.

There were some tools near the body.

The Zimbabwe Electricity Transmission and Distribution Company (ZETDC) recently said it is losing more than US$20 million per year to vandalism and theft of electricity infrastructure.

Zimbabwe is grappling with a power crisis that has seen load-shedding amounting to 12-15 hours daily.

The situation, caused initially by frequent breakdowns at Hwange Thermal Station, has been compounded by the water shortages in Lake Kariba and the resulting cutback at Kariba South which provides the bulk of Zimbabwe’s electricity supplies.

The Zambezi River Authority which runs the Kariba Dam, wrote to the Zimbabwe Power Company last week directing it to stop generating electricity until at least January, when water levels are expected to have picked up. This was modified during last week to allow Zesa to generate 300MW, a major help but still leaving Zimbabwe short and getting half what it was looking at from Kariba.

“Various measures were reported to Cabinet which has been put in place to ensure that there is a continued power generation and supply-demand gap which has increased due to the loss of the 300MW.

“One of the first strategies is to ensure that the current units which are generating in Hwange, continue to be maintained and they are optimised to ensure that they produce an average of 400MW to ensure energy supply security,” said Eng Magombo.

“Over and above in the long term, over US$400 million was secured to improve capacity in Bulawayo and Hwange. At Hwange power station, the life-extension project started with Unit 5 which has been out due to challenges with its turbines earlier this year.

“We have also been ramping up production for the small thermals in Bulawayo, Harare and Munyati to push them to 45MW. Coal supplies are currently being expedited and there is a train with over 30 wagons to power stations to ensure that there is more production.”