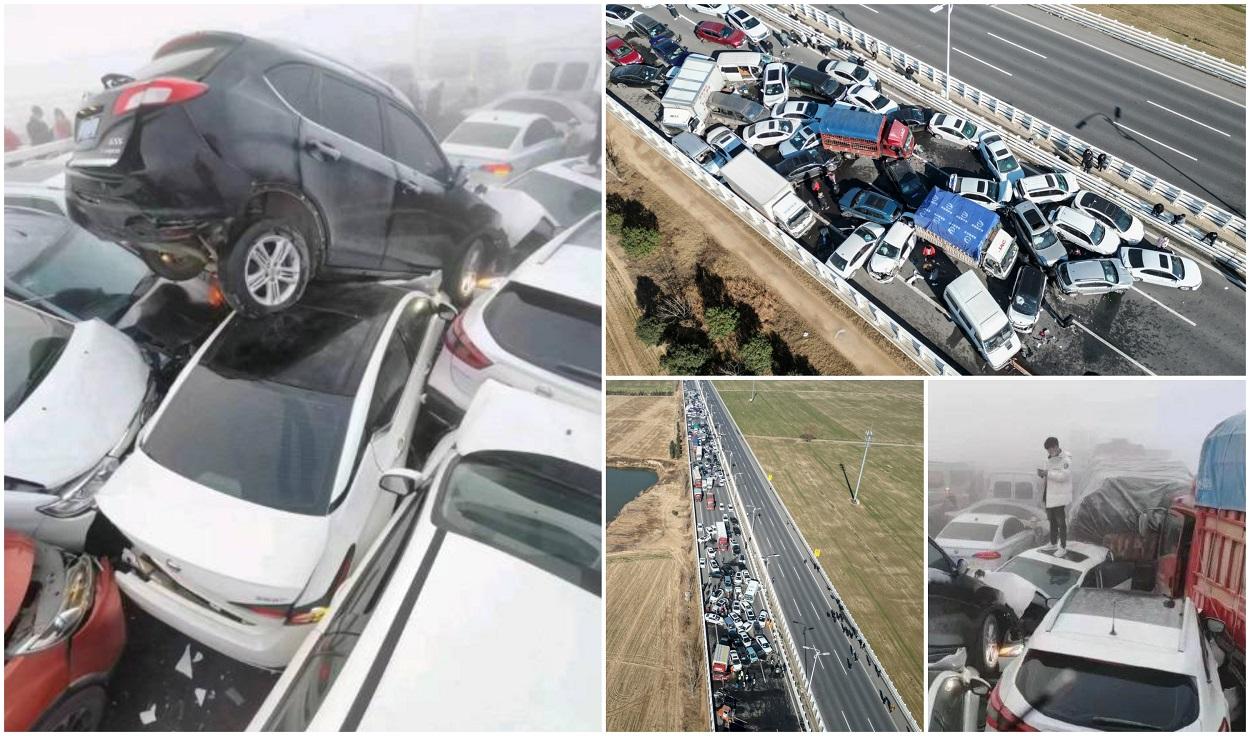 One person was killed on Wednesday when more than 200 vehicles were involved a pile-up on a bridge in the Chinese city of Zhengzhou in heavy fog.

Photos from the scene of the disaster, on the Zhengxin Huanghe bridge in China’s central Henan province, showed cars and trucks crumpled and piled on top of one another in several clusters.

The fire department sent 11 fire trucks and 66 fire rescue workers to help free the injured, many of whom were trapped in their vehicles, state media reported.

In one video clip, a person on the bridge can be heard saying: “This is too scary. Full of people here, I don’t think we can get off the bridge.”

Photos showed drivers and passengers observing the scene of destruction.

Broadcaster China Central Television (CCTV) reported that cars travelling in both directions over the bridge, a major crossing of the Yellow River, were involved in numerous crashes.

Rescuers said more than 200 vehicles had slammed into each other, media reported.

Visibility in many areas was less than 500m on Wednesday morning and down to 200m at times, the meteorological service said.

Police later closed the bridge to all traffic.