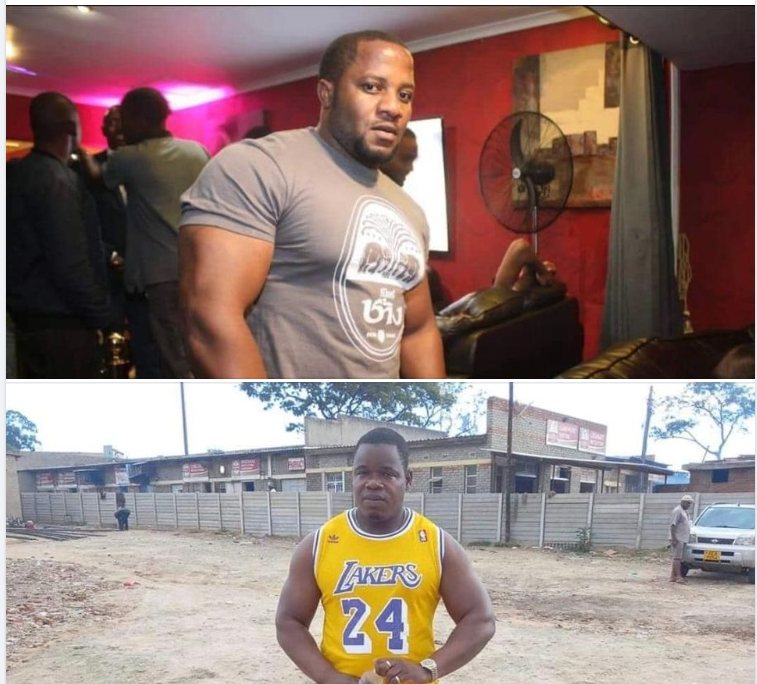 The two Harare rogue bouncers, Gideon Sanyangore and Blessing Kumunda have been arrested and are at Borrowdale Police Station, Harare Live can confirm.

The two were arrested for causing mayhem at Pabloz Nightclub at Sam Levy’s where a bouncer, Kumunda, known as Macka B, attempted to stab another bouncer with a knife following a misunderstanding.

Another bouncer, Sanyangore, is seen in a different video slapping a patron and splashing beer in his face at Mashwede in Glen View.

You May Like: White Men Attack Teenage Boys For Swimming In “Whites Only” Pool In Free State SA

Bar owners and music promoters have previously appealed for intervention from the authorities, saying they were losing money and valuables to the rogue bouncers during live shows.

Brendon Chipunza is reportedly one of the notorious bouncers causing havoc on Harare’s entertainment scene.

Meanwhile, Tamba Events (Pvt) Ltd, through their lawyers, have issued a cease-and-desist letter to the rogue bouncers, H Metro reports.

The company, which recently hosted the inaugural Fio Fest at Takashinga Cricket Club, also claims to have been targeted by the same scoundrels.

In the letter, the lawyers have threatened action against the five if they ever attend or disrupt their client’s events.

“Reference is made to the matter above in which we act on behalf of Tamba Events (Pvt) Ltd (our client).

“We are advised that you have been disrupting events hosted by our client by imposing yourself at the gate and collecting gate takings from the attendees without our client’s consent.

“Your conduct amounts to a criminal offence and you will be liable to a fine or imprisonment or both.

“Furthermore, we are instructed to notify you to stop attending and disrupting our client’s events,” wrote Coghlan, Welsh and Guest Legal Practitioners.

Tamba Events have for now refrained from taking any legal action against the bouncers.

“By way of a gesture of goodwill, our client will refrain from taking immediate action. However, should you fail to comply with the request set above, a criminal complaint will be laid against you.

“Furthermore, civil proceedings will be instituted against you for the recovery of any loss caused by your unlawful actions.

“We are looking forward to your co-operation on this matter,” reads the letter.

Andrew Tate Predicted His Arrest: “They Are Gonna Try To Kill Me” {Watch}

Watch: Man Catches Wife Cheating, While Catching A Flight With Another Man