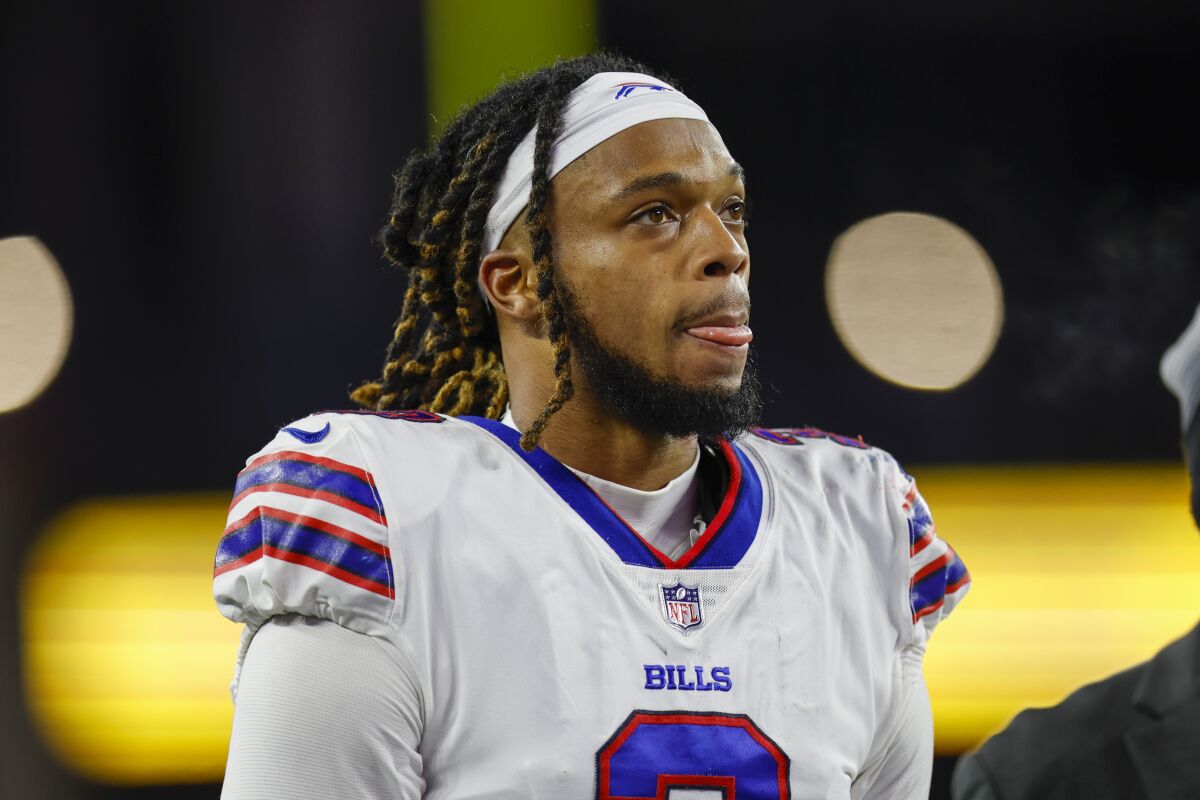 American football star Damar Hamlin has been taken to hospital after dramatically collapsing on the pitch during an NFL game.

Medical staff rushed onto the field in Cincinnati on Monday and gave the Buffalo Bills player CPR for about 10 minutes after he suddenly fell to the floor when a tackle impacted his chest.

The young player had managed to get to his feet and appeared to adjust his helmet, but then tumbled backwards and laid motionless.

An ambulance drove onto the field as stunned players looked on, and the crowd at the game between the Buffalo Bills and the Cincinnati Bengals fell silent.

The thoughts and prayers of all of Bills Mafia are supporting you, Damar. 🙏 pic.twitter.com/lDWNAOEPX4

Hamlin’s football shirt was cut off, and ESPN reported on its live broadcast of the game that he was also given oxygen.

“No one’s been through this,” NFL quarterback turned commentator Troy Aikman said. “I’ve never seen anything like it.”

Hamlin is now in a critical condition in hospital, the NFL has confirmed.

Buffalo Bills head coach Sean McDermott led the team in prayer as the ambulance left the stadium. Many of the 24-year-old’s teammates were in tears, and his mother was watching in the crowd.

It is believed she was able to join him in the ambulance en route to the University of Cincinnati Medical Center, which is two miles from the stadium.

Teammate Stefon Diggs later joined Hamlin at the hospital as about 100 Bills and a few Bengals fans gathered on a corner near the entrance, with some of them holding candles.

The game was suspended – and it has now been postponed for the night.

A statement from the NFL said: “Our thoughts are with Damar and the Buffalo Bills.”

Two years ago, the football world was sent into shock at the Euro 2020 championship when Danish national and current Manchester United player Christian Eriksen similarly collapsed on the playing field.-Skynews