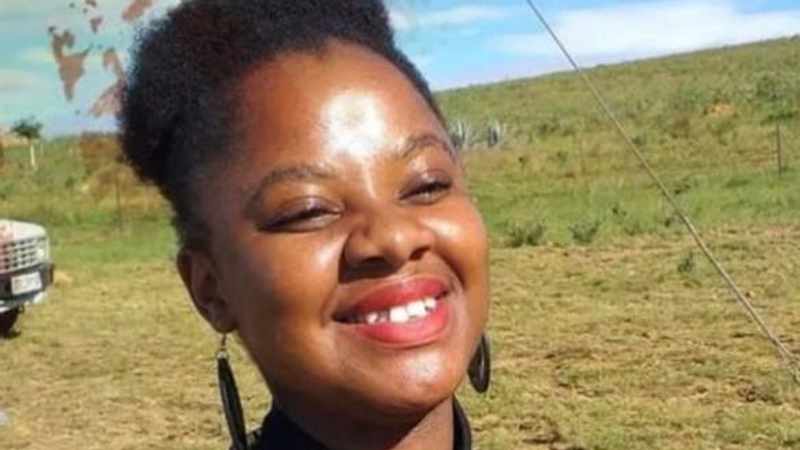 The lifeless body of Limpopo EFF member Thobile Skhosana, was found dumped in the early hours Thursday at Sehlakwane village.

The 26-year-old woman was abducted, allegedly by a 40-year-old local man from Matsitsi village, almost a week ago.

According to details shared by the EFF in Limpopo, the man lured Skhosana to a nearby bush at Sehlakwane village in Elias Motsoaledi. She had been attending a New Year’s Eve event.

She was raped and strangled to death thereafter.

In a statement, the EFF’s Limpopo chairperson Tshilidzi Maraga, said the police had failed Thobile Skhosana.

“Police have once again failed (us) in finding Thobile alive, despite our call on maximum resources to be deployed to help trace the whereabouts of Thobile. The EFF calls on the state to impose the harshest sentence on the perpetrator who robbed us of the life of Thobile. Callous perpetrators must rot in jail!”

Furthermore, the party has condemned the scourge of gender-based violence and femicide which continues to ravage the province.

“Women face quadruple challenges of inequality, unemployment, poverty, exacerbated by GBVF, the war that is orchestrated by their own partners or people who are supposed to protect them,” said Maraga.

“Callous perpetrators must rot in jail. The EFF sends its sympathies and condolences to the bereaved family, friends, relatives and fellow fighters of Fighter Thobile. May the departed soul of Fighter Thobile, rest in perfect peace,” said Maraga.

Limpopo police spokesperson Brigadier Motlafela Mojapelo could not be reached for comment.