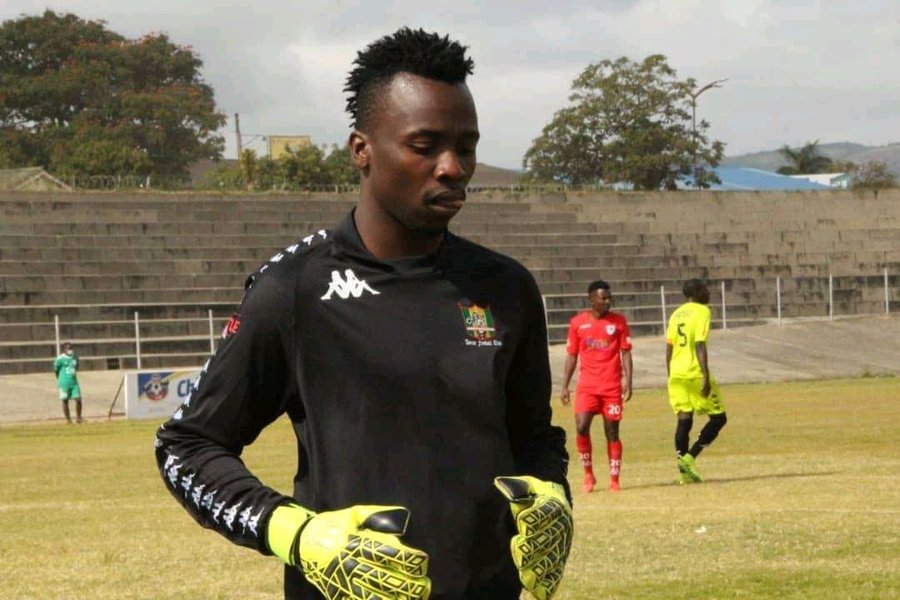 His club Chauya Chipembere confirmed his death this morning.

Simbarashe Nkosi breathed his last on Saturday morning at Victoria Chitepo provincial hospital in Mutare where he had been admitted on Wednesday.

Known for his comic acts , the goalie started his career at division two side Bottle Tigers in 2015 before he joined Tenax the following year (2016).

Read Also: Siblings Want To Kill Each Other Over Fishing Worms

At Tenax he spent six years until 2021 when he left the club for Black Rhinos where he went for millitary training. He was scheduled to join the army team next week fir pre-season preparations.

2019 remains the best season of his playing career as he was part of the squad that helped Tenax gain Premier League promotion.

During the same season he was voted Eastern Region Division one goalkeeper of the season and he also made it to the league’s calendar.

Mourners are gathered at 550 Chikanga 1 in Mutare.

She passed on this morning at her house in Retreat, Waterfalls, Harare.

Machingura was the hero when Zimbabwe lifted their only ever COSAFA Championship title at Rufaro in 2011.

Her five-goal haul in a match against Malawi powered the Mighty Warriors to the semi-finals.

However, the talented forward fell prey to drug and substance abuse resulting in her being axed by Black Rhinos Queens three years ago.

She is survived by a two-month-old baby boy.

Mourners are gathered at her house in Retreat.

Her brother-in-law Jimmy Mukangairwa told The Herald this morning that they were removing her body from her house where she passed on after complaining of side pain for some time. He said the funeral arrangements will be announced later in the day.

Zimbabwe Women’s Football League have expressed their sadness over the untimely death.

“Our deepest condolences to the family and the football fraternity. Praying for God’s comforting Love during this difficult period,” read the statement from the league.

Benni McCarthy Earns More Than These Five Players At Man U