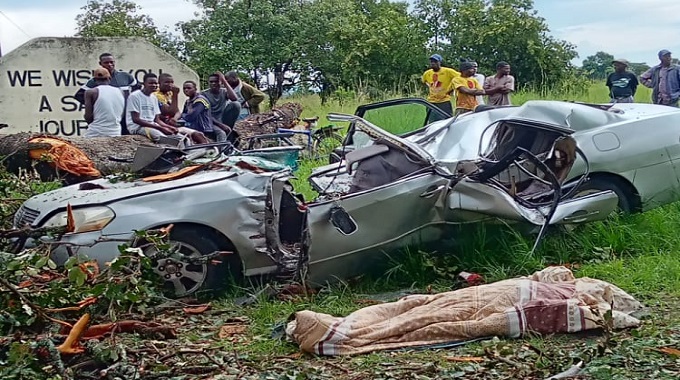 Bare Secondary school headmistress in Chiweshe, Mashonaland Central province was yesterday trapped to death by a tree that was uprooted by a violent storm which crashed a car she was in.

Grace Shumba (55) died on the spot while her colleague Clever Mutema (40) Bare primary school head cheated death on the trap and is currently battling for life at Howard hospital.

Allegations are that Mutema visited Shumba at her schoolyard after receiving news of a funeral and borrowed a fellow teacher’s car, a Toyota Grand 2 vehicle registration number ADW 5534, so she can go mourn and the two sat in the vehicle while discussing.

The car was parked under a tree and a violent storm came and uprooted the tree thereby destroying the car and trapping the two.

Shumba died on the spot while Mutema was rushed to Howard hospital.

“We are urging motorists and pedestrians to avoid parking or standing under trees, especially during this rainy season because lightning may strike and precious life can be lost,” Mundembe said.