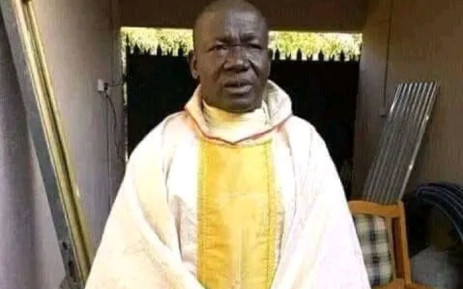 Insecurity is a major issue in Africa’s most populous country where general elections are scheduled next month.

The bandits shot and injured another priest identified as Father Collins while he was trying to escape, he added.

“The lifeless body of Father Isaac was recovered while Father Collins was rushed to the hospital for treatment.”

In a separate attack hours later, bandits invaded a Christian home in Dan Tsauni village in the Kankara district of Katsina state, kidnapping five people as they were preparing for Sunday mass at a nearby church.

“The terrorists seized five people from the house, shot a priest in the hand and fled with the five hostages,” Gambo Isa, the state’s police spokesman told AFP.

The priest was taken to hospital for treatment, Isa said.

In December 2020, heavily armed bandits kidnapped more than 300 schoolboys from a boarding secondary school in Kankara and herded them to neighbouring Zamfara state.

The boys were released a week later after talks with government officials.

Although the criminal gangs are largely motivated by financial gains from ransom payments, some have forged ties with jihadists from northeast Nigeria where they are waging a 14-year old insurgency to establish a Caliphate.-ewn

Boy (14) Shoots Girlfriend Three Times For Breaking Up With Him