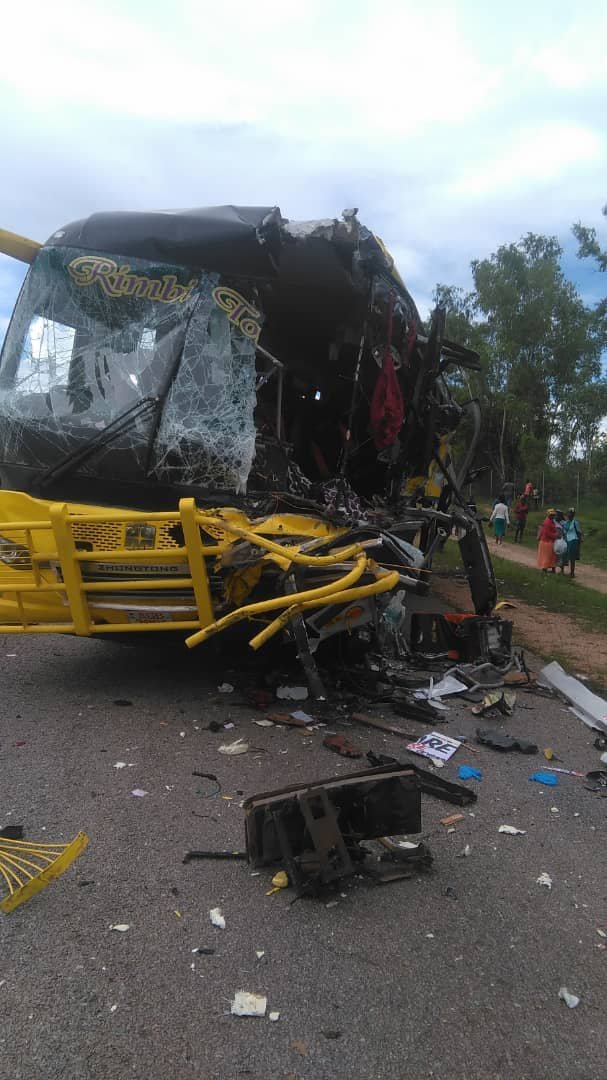 Rimbi Tours bus that killed one person along the Mutoko-Nyamapanda highway was warned recently about the conduct of its bus drivers on the road by police.

Penyai Misheck, 39, of Marlborough, was driving the bus when he attempted to avoid a Tipper vehicle driven by Ackim Chikakaradzo, 24, of Borrowdale, and collided with the truck’s loading box.

“Police are investigating a road traffic accident involving a Rimbi bus where one person died on the spot and seven passengers were injured,” said Insp Chazovachii.

“Circumstances are that the Rimbi driver was reported to have failed to overtake, and upon avoiding a head-on collision, he veered and hit the Tipper loading box.

“We continue to urge passengers to warn speeding drivers as well as report any driver violating road safety rules. We urge drivers to exercise caution on roads as well as respect the sanctity of life,” said Insp Chazovachii.

During a meeting held on 15 December 2022, of the Zimbabwe Passenger Transport Organization (ZPTO) held at a local hotel, Assistant Commissioner Tawonei Nyazema, the Officer Responsible for Operations in the Harare province, issued a warning to a representative of Rimbi Travellers.

It reviewed strategies for reducing traffic accidents ahead of the holiday season.

Afra Chinhamu, a bus operator, questioned police commanders about their failure to address Harare’s traffic jungle during a question-and-answer session.

According to Ass Comm Nyazema, police will not hesitate to arrest motorists who violate traffic laws.

“Do not bribe our police officers so that you continue operating unroadworthy buses,” said Ass Comm Nyazema.

Pambuka Convicted For Pretending To Be Croco Motors Boss, Fraud