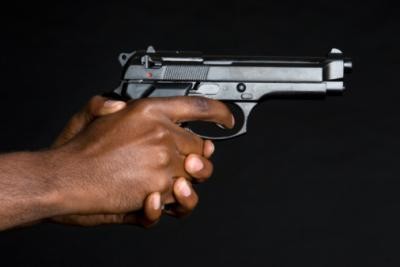 A HARARE man was arrested over the weekend for allegedly attempting to rob a family with a toy gun.

Clive Chamanga was not asked to enter a plea when he appeared before Harare magistrate Dennis Mangosi.

Chamanga and three accomplices, who are still at large, allegedly went to the complainant’s house on January 19 at around 7 p.m. and tried to force open the front door.

The complainant and her son, Francis Mavhunga, unlocked the door and went outside to see who was there.

You May Like: Another Gun Incident At Masowe In Glen Norah

The gang allegedly charged towards them, with Chamanga waving the toy gun at them, but the two dashed into the house, closed the door, and notified neighbours.

Chamanga and his accomplices fled, but one of the neighbours bust Chamanga hiding in a maize field and apprehended him.

He was taken to the police and found in possession of the toy gun.

Pardon Dziva appeared for the State.