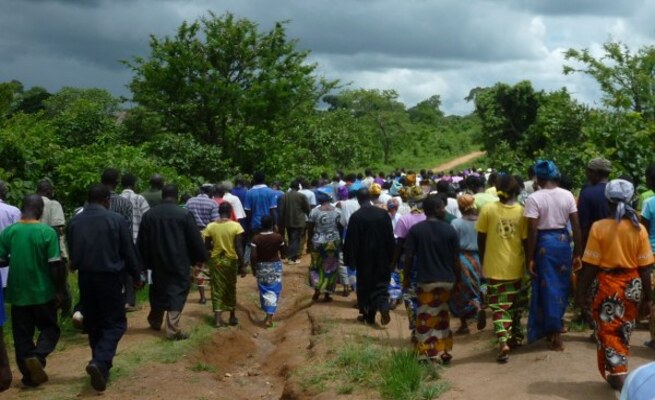 A 21-YEAR-OLD WOMAN FROM THE MAHATSHULA NORTH SUBURBIA IN BULWAYO HAS APPEARED IN COURT FACING CHARGES OF DUMPING HER SIX-MONTH-OLD BABY AT THE RESIDENCE OF HER LATE BOYFRIEND’S MOTHER, IN SPITE OF ALLEGATIONS THAT THE MOTHER REFUSED TO MA
After Silondokuhle Tshuma allegedly left her child at the residence of her “mother-in-law,” Khawulani Mdlongwa, in the Cowdray Park suburb, Ms. Mdlongwa allegedly ordered her son, who was 18 years old at the time, to take the child and abandon her by the side of the road.

Mdlongwa and Tshuma were hauled in front of the Western Commonage magistrate Shepherd Mjanja to answer for their rude behavior, which resulted in them being charged with exposing an infant.

They both entered guilty pleas to the case against them. Tshuma was given a sentence of ten months in prison, but the judge agreed to defer five of those months on the condition that she maintain her good behavior for the next three years.

Under the condition that she performs 175 hours of community service, the remaining five months of her sentence have been suspended.

Mdlongwa was also spared the misery of incarceration when she was sentenced to 12 months in prison, but on the condition that she maintain a good behavior for the next three years, she had six months of her sentence deferred.

The remaining six months of her sentence were put on hold on the condition that she perform 210 hours of community service without compensation.

The prosecution told the court that Tshuma went to Mdlongwa’s house on November 6, 2022, at approximately 2:00 p.m., and left her child sitting on the sofa before leaving the house.

Mdlongwa made an effort to pursue her, but it was too late; she had already left.

Mdlongwa gave her son, who was 18 at the time, the instruction to take the child and set her down by the side of the road.

The young man carried the infant outside of the yard, where he had been playing, and set it down by the side of the road, not far from Mandaba Sibanda’s residence, as his mother had instructed.

It is said that Sibanda’s son told her at approximately three o’clock in the afternoon that someone had left a baby outside their home and that there was a child there.

She then accused Tshuma, which led to both of their arrests, including her own. B Metro