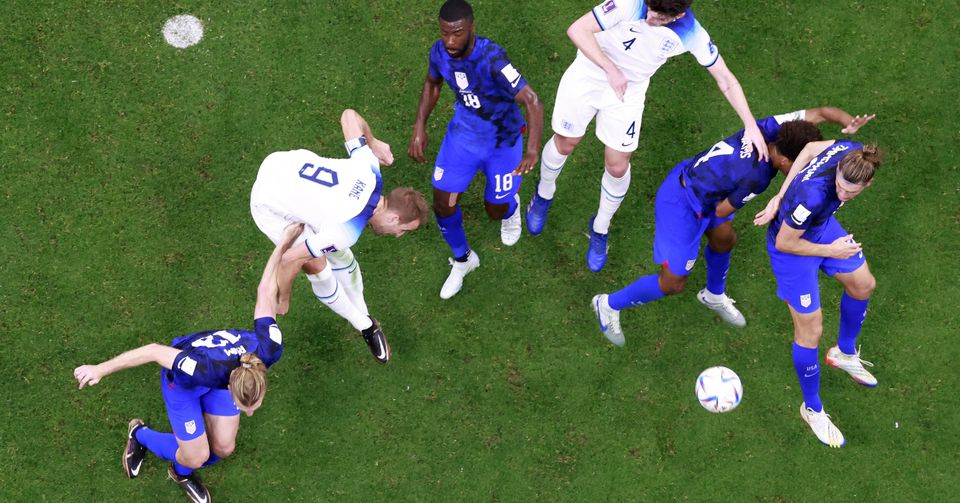 England was disappointing and rode their luck when Weston McKennie missed a simple chance and Christian Pulisic hit the bar in the first half.

Mason Mount brought a fantastic save from USA goalkeeper Matt Turner just before halftime, but this was an undistinguished effort that lacked the attacking energy that saw the Three Lions demolish Iran in their opening encounter, and leaves their fate unclear heading into their meeting against Wales.

England are favorites to advance to the knockout stage, needing only to avoid a four-goal loss to Wales.
England’s performance was unrecognizable from their recent victory against Iran. This lackluster performance attracted loud jeers at the final whistle.

They lacked spark and zip, looked jaded, and were lucky that Pulisic and the USA didn’t capitalize.

Harry Kane’s late header wide was the sole moment of concern for the USA in the second half.

Southgate’s decision to maintain Maguire despite his dismal club form has been criticized. Maguire was a bright spot on a dismal night for England, as the manager had hoped.

England should still qualify, but this was a rude awakening.

They’ll need to do better as the competition progresses.

Pulisic shines
Pulisic has been restricted at Chelsea, but he showed why he’s so highly praised.

Pulisic is the USA’s talisman, leading from the front and cheerleading for fans in the second half.

Intelligent pace and control plagued England’s defense, and he was unlucky to have a first-half shot hit the post with Jordan Pickford beaten.

Tyler Adams was another inspirational figure for the USA, who deserved at least two points.

They were a thorn in England’s side again, and they were relieved to escape with a point.

Following Senegal’s victory, Qatar was eliminated from the World Cup