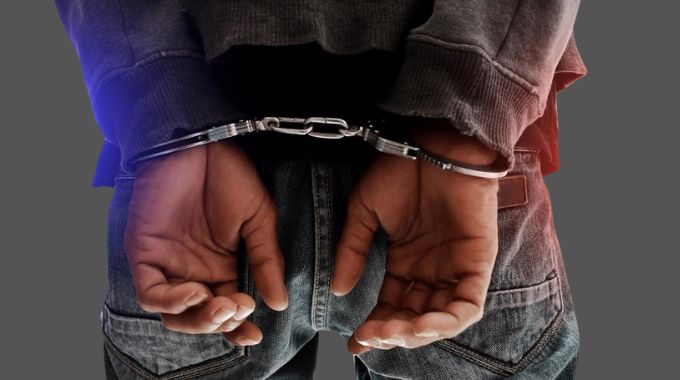 Inviting a military attack on Zimbabwe from a hostile foreign government through private correspondence will soon attract the death penalty or life imprisonment, while those who campaign for economic sanctions and trade restrictions would be liable to imprisonment for a period of up to five years under a proposed new law approved by Cabinet.

Amendments to the Criminal Law (Codification and Reform) Act — approved by Cabinet last Tuesday — are set to introduce tough penalties for citizens campaigning against the country through private correspondence with foreign governments and harming national interests.

According to The Sunday Mail, those who actively encourage sanctions on Zimbabwe would be barred from voting, registering as voters and holding public office for up to 15 years.

The Bill, which is set to be gazetted soon, will impose capital punishment on those charged and convicted of illicitly conspiring with foreign governments to subvert or overthrow a constitutional government.

“Our Constitutional order of Zimbabwe that is based on parliamentary democracy affords many avenues for aggrieved citizens to redress their wrongs, including against the State,” reads the Bill’s memorandum.

“It is therefore improper for citizens and residents of Zimbabwe to implement measures that undermine our sovereignty, dignity and independence as a nation. This (new) clause will criminalise such conduct.”

According to the Bill, any citizen or permanent resident of Zimbabwe who, within or outside Zimbabwe, actively partakes in any meeting whose object involves consideration of implementation or enlargement of sanctions or a trade boycott against Zimbabwe shall be guilty of wilfully damaging the sovereignty and national interest of Zimbabwe.

Those convicted of actively encouraging sanctions will be prohibited “from filling a public office for a period of at least five years but not exceeding fifteen (15) years, and, if he or she holds any such office, the convicting court may declare that that office shall be vacated by the convicted person from the date of his or her conviction, unless the tenure of the public office in question is regulated exclusively by or in terms of the Constitution”.

The United States imposed harsh economic sanctions on Zimbabwe at the turn of the millennium at the instigation of leaders in opposition political parties and civic society.

The sanctions, which are renewed annually, have wreaked havoc on the country’s economy, with Zimbabwe now ineligible for balance of payments support and affordable loans from international finance institutions.

Some opposition leaders have become semi-permanent features at the US Senate Committee on Foreign Relations, where they constantly campaign for more sanctions against the country.

The whistle-blower website WikiLeaks has also outed dalliances between some local politicians and officials at the US Embassy in Harare, with one politician, a leader of an opposition political party, suggesting the need for the US military to intervene in Zimbabwe to remove the ruling party.

However, amendments to the criminal code now consider calling for an attack on Zimbabwe a capital offence.

“Any citizen or permanent resident of Zimbabwe who, within or outside Zimbabwe, actively partakes (whether himself or herself or through an agent, and whether on his or her own initiative or at the invitation of the foreign government concerned or any of its agents, proxies or entities) in any meeting whose object the accused knows or has reasonable grounds for believing involves the consideration of or the planning for – military or other armed intervention in Zimbabwe by the foreign government concerned or another foreign government, or by any of their agents, proxies or entities; or subverting, upsetting, overthrowing or overturning constitutional government in Zimbabwe; shall be guilty of wilfully damaging the national interest of Zimbabwe and liable to — the same penalties as for treason; or the same penalties as for subverting constitutional government, in a case referred to in paragraph (b).”

Presently, the Criminal Law (Codification and Reform) Act provides for capital punishment for treason and imprisonment for a period not exceeding 20 years without the option of a fine for subverting a constitutional government.

Many countries, including the US, have enacted legislation that prohibits direct communications between private citizens and foreign governments.

Having noted the diplomatic chaos that comes with private citizens having unauthorised negotiations with foreign governments, the US government passed the Logan Act in 1799.

It specifically prohibits citizens from negotiating with other nations on behalf of the US without authorisation and makes it a crime for a citizen to confer with foreign governments against the interests of the US.

In the US, violation of the Logan Act is a felony – an offence traditionally considered a crime of high seriousness, which the federal government defines as a crime punishable by death or imprisonment in excess of one year.

After the September 11, 2001 terrorist attacks, the US Patriot Act was also passed.

Political analyst Mr Godwin Mureriwa welcomed the Bill, saying that such a law was overdue.

Such legislation, he said, helps protect the country’s strategic interests.

“If the Bill is to be passed into law, that will be a very good development in making sure that we protect the national interest as well as safeguarding national security and the basic principles of nationhood,” he said.

“We have had, in the past, some politicians who went as far as calling for military interventions against the country by foreign powers and this goes against the strategic interests of the country.

“Subversive acts such as those should be punishable by law as is the case in other jurisdictions.

“It is because of some citizens who called for interference in the country’s domestic affairs – citing violation of human rights, among other issues – that we had Zimbabwe being classified as a pariah in years gone.”

“National interests are sacrosanct to all Zimbabweans, notwithstanding their differences, political or otherwise.

“Every nation that is worth its existence and sovereignty must always, in the interests of its people and development interests, respond to harsh realities exposed to it by the ever-changing international arena.”

“All well-meaning Zimbabweans will embrace this latest development,” he added.

Watch How Lesedi Molapisi Was Probably Executed In Bangladesh Over Drugs

OVER 4900 GIRLS IMPREGNATED DURING LOCKDOWNS