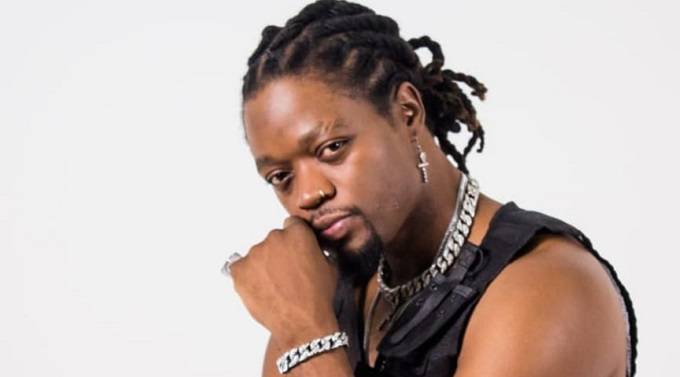 South Africa-based Zimbabwean musician Buffalo Soldier has expressed interest in wanting to emulate Cassper Nyovest who successfully filled up Mmbatho Stadium in Mafikeng proving that he is still relevant.

Taking to social media, Buffalo soldier said he feels inspired to want to also do the same in National Stadium, Zimbabwe.

“Cassper, Davido,Fally Ipupa did it ‘filled up their hometown stadiums why can’t I we did it too 😁 I want to be the First Zimbabwean to take up Zimbabwe National Sports Stadium,” he said.

Cassper Nyovest’s concert took place on Saturday, 3 December, and his supporters celebrated his triumph on social media. Lots of pictures and videos from the event were shared, and #FillUpMmabathoStadium has been trending for over a day. Mufasa was overwhelmed by the support and expressed his gratitude online. He tweeted:

“This event had so many issues I can’t even start to explain. The fact that this event even happened was a miracle. Thank you so much for your support. I am nothing but grateful. I am humbled and overwhelmed. I wanna come back next year. Y’all coming?”

Meanwhile, we would like to explore the life of Mukudzeyi Mukombe, a musician who performs under the stage name ‘Jah Prayzah.’ He is the lead singer of the band Third Generation and has been entertaining Zimbabweans with contemporary urban music for quite some time.

He began his career in 2005 and rose to fame in 2007 with the release of his first album, ‘Sungano.’ He surprised his fans by releasing two albums, ‘Rudo neRunyararo’ and ‘Ngwarira Kuparara.’

His military appeal and signature band regalia, which consisted of military garments, earned him the moniker “musoja.” He is also a philanthropist and brand ambassador. His successful music career has made him one of Zimbabwe’s wealthiest musical artists. Let us take a look at Jah Prayzah’s home and wealth.

Jah Prayzah boasts of a recently completed mansion, a structure of pride. The mansion is located in Pokugara Residential estate in Borrowdale, Harare. The estate’s residents are prominent businessmen and the elite society in Zimbabwe.

The enormous structure was completed in a year, this is a clear indication that the Musoja’ has no issues with money. The house is worth € 7.5 million.

The general of Zimbabwe music scene owns a list of exotic cars. One of his earliest collections is a Mercedes Benz 300 SE class which he purchased for $10,000. He really loves big muscle cars and his most precious toy is a Cadillac escalade which has also scooped fame on Instagram.

He loves to boast about it while driving around the streets of Harare. While on official Business, he graces the Range Rover Discovery which scrapped $36,000 from his back pocket. He simply has the most unique vehicles in Zimbabwe, the most prolific of his unique vehicles is the Dodge Ram 1500 which cost him $ 32,000.

Producer Did To Ashanti What Levels Did To Shashl: Open Legs Or No Recording