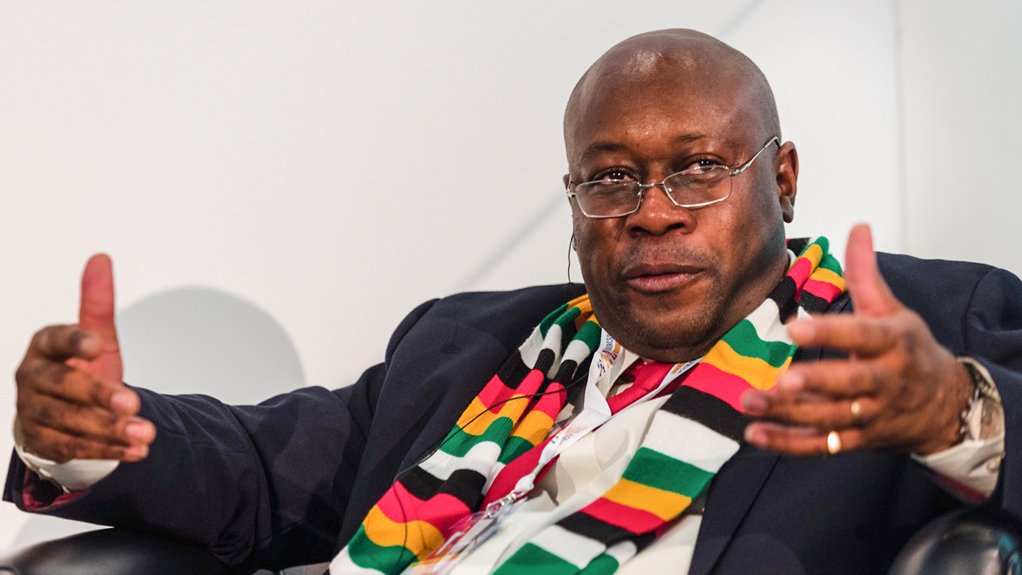 MINES and Mining Development minister Winston Chitando has been entangled at the centre of a vicious fight with international investors over vast lithium claims in Mutoko, Mashonaland East.

Although Chitando is linked to the Good Days lithium mining claims through an investment vehicle — Barrington Resources — there are fears that the cabinet minister could be trapped in a conflict of interest saga.

President Emmerson Mnangagwa has been on an offensive to attract the much-needed foreign investors under his ‘Zimbabwe is Open for Business’ mantra.

Investors from South Africa, Europe, China and the Americas have flocked to Zimbabwe. But the involvement of cabinet ministers in some of the projects has sent market jitters.

An investigation by the Zimbabwe Independent this week revealed that Chitando, through Barrington Resources, is locked in a battle of titans with foreign investors over Good Days.

You May Like: US$600k Service Station Robbery Was An Inside Job

It appears Chitando does not want to let go of the lithium mining claims in Mutoko, according to sources.

There are concerns over how other investors were allocated the same claims acquired in 2012 by Barrington Resources, a company Chitando declared to the government as one of his assets.

Efforts to get a comment from the investors were futile.

However, details obtained by the Independent show that the Mutoko lithium resource remained untapped for years until new investors injected capital last year to operationalise the mining claims.

This sparked a messy fight as Barrington Resources claimed ownership.

According to the mining legislation, titles for energy minerals are approved by the Office of the President and Cabinet.

A source close to the developments said before the new investors were allocated the claims, Chitando tried to offload the resource.

“Chitando pegged the Good Days lithium claims in 2012 and has been trying to sell them. At some point, he tried to sell the claim to Prospect Resources and the company drilled about four holes but was not happy with the results,” the source said.

“Chitando cannot be seen openly fighting the investors but there is certainly a battle raging behind the scenes.”

“I can confirm that we once did an exploration at Good Days but we left because it did not meet our expectations. We were already at Arcadia, but looking at other potential lithium resources across the country,” Chimbodza told the Independent.

As the fight over the Mutoko lithium heats-up, the investors have reportedly approached top government authorities, seeking intervention to settle the matter.

This is not the first time Chitando has been embroiled in fights over mines.

Earlier this year, the minister was implicated in a mine ownership wrangle with businessman Yakub Ibrahim Mahomed.

He allegedly re-issued the claims under a special grant to Golden Reef Mining (Pvt) Ltd, in which he has interests.

Mohamed claims that Anesu Gold is the registered owner of the gold claims in Mberengwa district, Midlands province, which are also referred to as Mangoro claims (Ipanema).

The Mines and Mining Development ministry and courts have been dealing with several other cases of mine ownership wrangles across provinces.

Recently, there has been a wave of scramble for minerals with individuals and companies filing court papers battling for ownership of various claims.

Some miners have been accused of forging documents.

At the beginning of this year, there were reports of hostile grabbing of a Mashonaland East-based lucrative gold mine called Jeke Mining Syndicate.

A well-knit syndicate involving high-ranking officials in the ministry of Mines and Mining Development and some of the investigators from the Zimbabwe Anti-Corruption Commission (Zacc), who were assigned to look into the matters, were accused of being compromised in the investigations.

In July 2021, Zawadi Mining (Pvt) Ltd, owned by Asante Mayeka, won a case against Revmark Mining Syndicate, Vavarirai Revesai, Anymore Makarichi and Andrew Chaboka, who was accused of invading the mine at Mayeka’s farm in Concession.

The matter was reported to the provincial mining director of Mashonaland Central province of the Ministry of Mines and Mining Development, who sought the assistance of the provincial coordinator, Zimbabwe Republic Police Minerals Flora and Fauna Unit. Mayeka was unsuccessful in trying to evict the “illegal miners”.

There are allegations that senior politicians in the province have been piling pressure on the provincial mining director and the lands office to terminate Mayeka’s agriculture permits.

US$600k Service Station Robbery Was An Inside Job