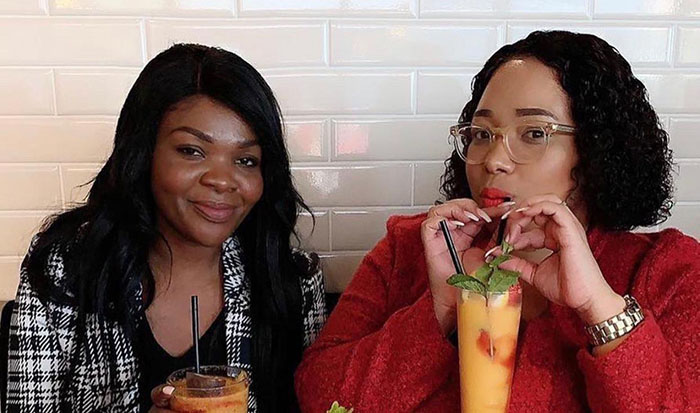 The feud between socialites Mai TT and Olinda Chapel on social media is far from over.

One would think the two rekindled their romance at Mai TT’s One Nite Only event in the United Kingdom last November, but that is not the case.

Their relationship is deteriorating, with socialite Ketty Masomera at the center of the conflict.

Mai TT, according to Olinda Chapel, is influencing her friend Ketty to insult her.

This, she believes, is unjust, given that she has assisted Mai TT in her time of need.

Mai TT, on the other hand, claims she has no fear of Olinda and will openly attack her if necessary.

“I heard your lies and what you are saying that I’m sending Ketty to insult you.

Mai TT said Olinda supported her show, but later said she was too classy for the show.

“I’m learning to focus on what matters while you and your classy self focuses on street kids and classless trash like us, why?

“Why don’t you focus on millionaires and stop involving yourself in our lives.

“Never in a million years have I asked you for help, but you reached out by yourself, not from your heart but for clout,” she said.

She said Olinda was not invited to her show.

“Please I have so many problems at the moment to be sending people to insult you for reasons I do not know.

Olinda Chapel then posted Mai TT’s estranged husband, Tinashe Maphosa, claiming that he is innocent, insinuating that the problem causer was Mai TT.