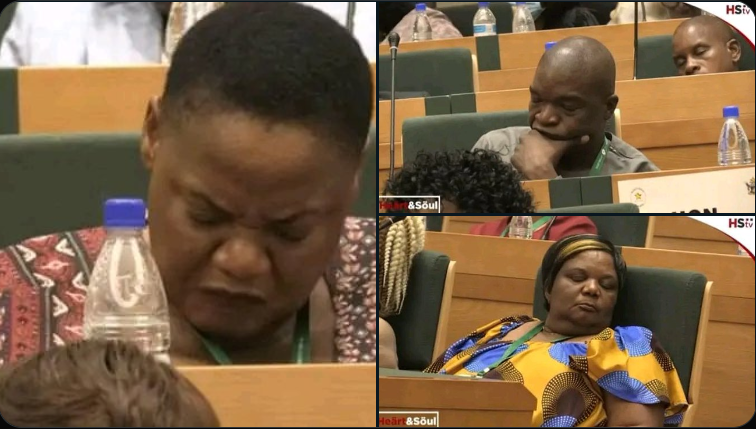 The Parliament of Zimbabwe has responded, stating that the dispute over the US$40,000 MPs loan began in March 2022 when MPs were negotiating duty-free vehicle certificates.

Taking to social media after the furore concerning MPs getting US40 000 as loans from Zimbabwe’s treasury, Parliament defended the move saying the issue has been under discussion for a while.

According to OpenParly, Speaker of the National Assembly Jacob Mudenda told legislators on  10 March 2022 to keep their fingers as they negotiated with Finance Minister Mthuli Ncube to be issued with duty-free certificates worth US$40 000 to import vehicles.

Legislators are on record demanding the duty-free certificates to import vehicles arguing that what they got from Parliament are now worn out.

The duty-free certificates are part of the many things that legislators demanded from the government as part of their service perks.

A few years ago the legislators argued that they want to be at par with cabinet ministers in terms of perks.

Recently, Ministers and their deputies got as much as US$500 000 and US$350 000 housing allowances respectively.

Besides the duty-free certificates, the legislators also wanted to be paid an allowance for going back to their constituencies.

If each of Zimbabwe’s 350 legislators (Senators and National Assembly representatives) received US$40,000, there would be US$14 million in total.

Many Zimbabweans have voiced their disapproval of the decision, saying that the nation ought to use the funds to buy the urgently required critical hospital equipment.

However, Honourable Mliswa has played a key role in advocating for substantial benefits for lawmakers, claiming that the funding was previously approved in budgets as part of the vehicle loan program.

‘’Just want to provide context and an explanation about the US$40 000 to be given to legislators. I’m the Chairperson of the Welfare Committee Pressure Group. That figure isn’t a gift but it’s a loan.

‘’Again, initially and as approved in the Budget, MPs had been given US$80 000 for cars. However, they acquired vehicles for US$50 000 leaving a US$30K change. It’s part of that figure

Read Also: Meet The Only MP Who Refused To Accept US$40k Loan

‘’It’s also unfortunate that people operate with a mindset that MPs shouldn’t be supported in accordance with their offices and obligations. Every role and job has conditions of service. These are part of that. Why should the role of being an MP be dangerous, risky and yet thankless?

The self-styled lawmaker claimed that because parliamentarians lack the same capacity as the executive and other branches of government, it is difficult for them to perform their oversight duties effectively.

‘’How can we be effective in positions of oversight over the executive and other arms of government when we are not capacitated?

‘’Look at what the judiciary and the executive get. How do you oversee such arms of government from a position of dire poverty?

MPs are being treated unfairly

He said it was not fair that people did not complain when ministers and their deputies were given loans ranging from US$500 000 and US$350 000 under the same scheme.

‘’We are on Premier Service Medical Aid Society (PSMAS) medical aid, and it doesn’t work. Fees we pay for ourselves.

‘’Let’s continue with this line of thinking and what you get at the end of the day is corruption with MPs susceptible to bribes due to dire situations.

‘’Look at (Honourable Mayor) Wadyajena’s Agriculture Committee where the MPs have been rendered dumb and obliging to his shenanigans because of money,’’ he said.