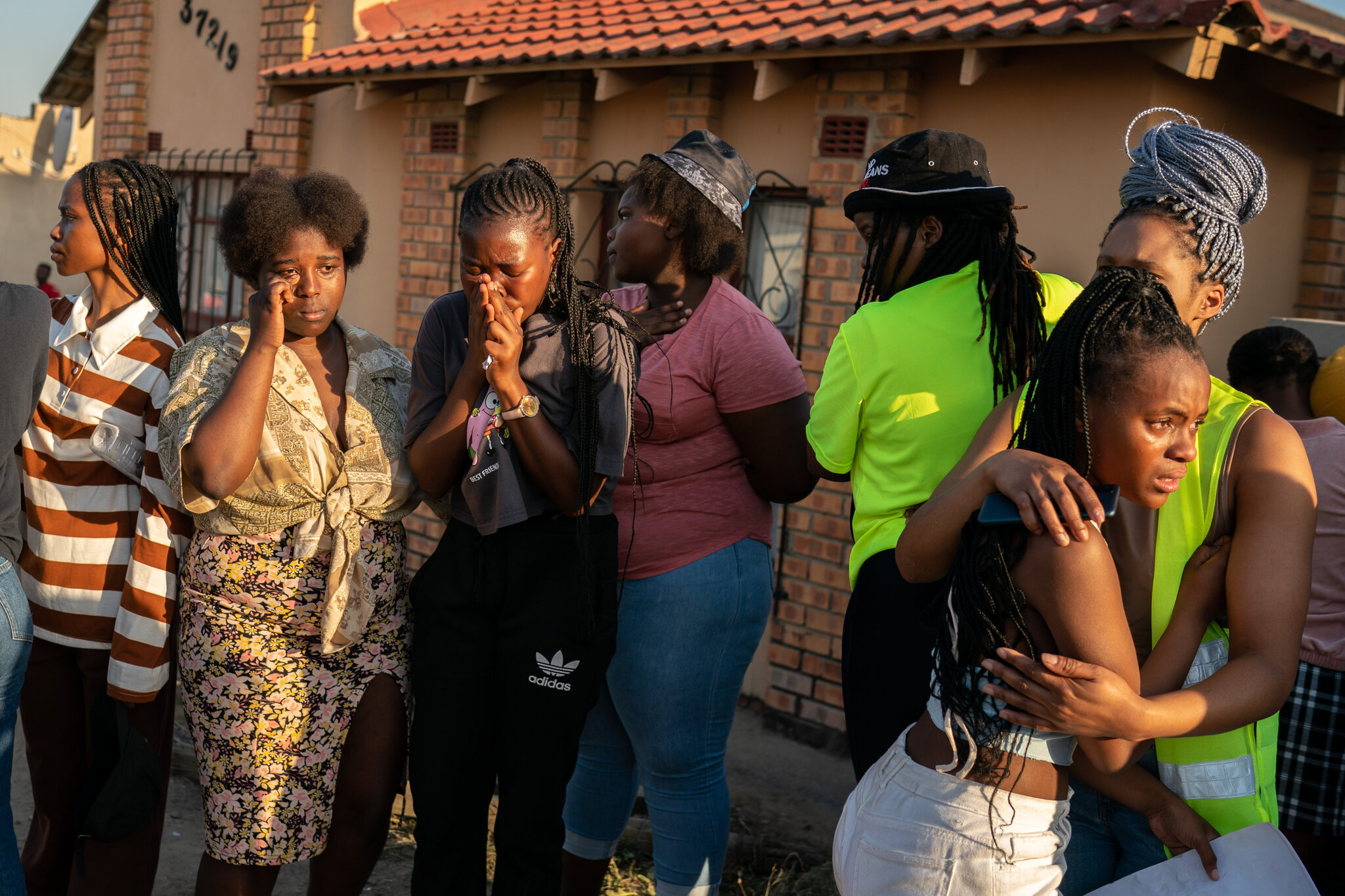 Tragedy struck in the Eastern Cape involving three young women who died at a local tavern on Christmas Day after an unknown substance was sprayed on patrons.

Reports stated the incident happened at Razzmatazz tavern in Hofmeyr.

EC police Spokesperson,Tembinkosi Kinana, told eNCA that they have opened an inquest docket and were probing the circumstances of the deaths. He said the two suspects who sprayed the substance are still unknown.

Kinana further urged the public with relevant information about the incident to contact the Hofmeyr police station or call the Crime Stop number 0860 010 111.

The three females were allegedly trampled upon in a stampede as they tried to flee the establishment, this is according to ActionSA on their statement.

“They died inside the tavern. Four other minors who were at the establishment were taken to the hospital for the treatment of light-headedness and coughing. The reported arrest of the manager of the establishment will not bring solace to the families of the young women, but it should send a clear message to owners of similar establishments not to allow access to minors and not to sell alcohol to them,” it said.

ActionSA highlighted that underage drinking was a serious social and public health problem in South Africa, and it was not given the attention and law enforcement it clearly requires.

“Either directly or indirectly, society is affected by the effects stemming from underage drinking. This is not simply a problem for some families, it is a nationwide concern. Not only has underage drinking led to unnecessary deaths, but it also impairs judgement, causes injuries, and it increases the risk of physical and sexual assault,” it said.

Story continues below Advertisement
It maintained that it was not surprising that the latest statistics from the Department of Health revealed an alarming increase in teenage pregnancy.

The political party said blame should not only be directed at law enforcement agencies and the owners of liquor establishments, “but also parents and guardians who should play a meaningful role in shaping our youth’s attitudes toward drinking.

“Parenting is made all the more difficult by the influence of social media, and uncontrolled access to this by young and emotionally immature children should be strictly controlled. This, however, means that parents and guardians have to be present and conscious of what the children in their care are up to at all times,” it said.

You May Like: Tragedy: Guest Shot Dead At Plumtree Wedding

Furthermore, it called on parents and guardians to be vigilant for the remainder of the festive season and beyond.

“We challenge the premier of the province to set up a hotline to report establishments that wilfully allow access to minors to their establishments and then serve them alcohol. An ActionSA government will strictly enforce the liquor licensing regulations and promote socially responsible behaviour and healthy citizenry,” it said.

A similar incident happened in the EC in June where 21 teenagers died at the Enyobeni Tavern in East London due to what was believed to be overcrowding. The teenagers were celebrating the end of mid-year exams.-IOL