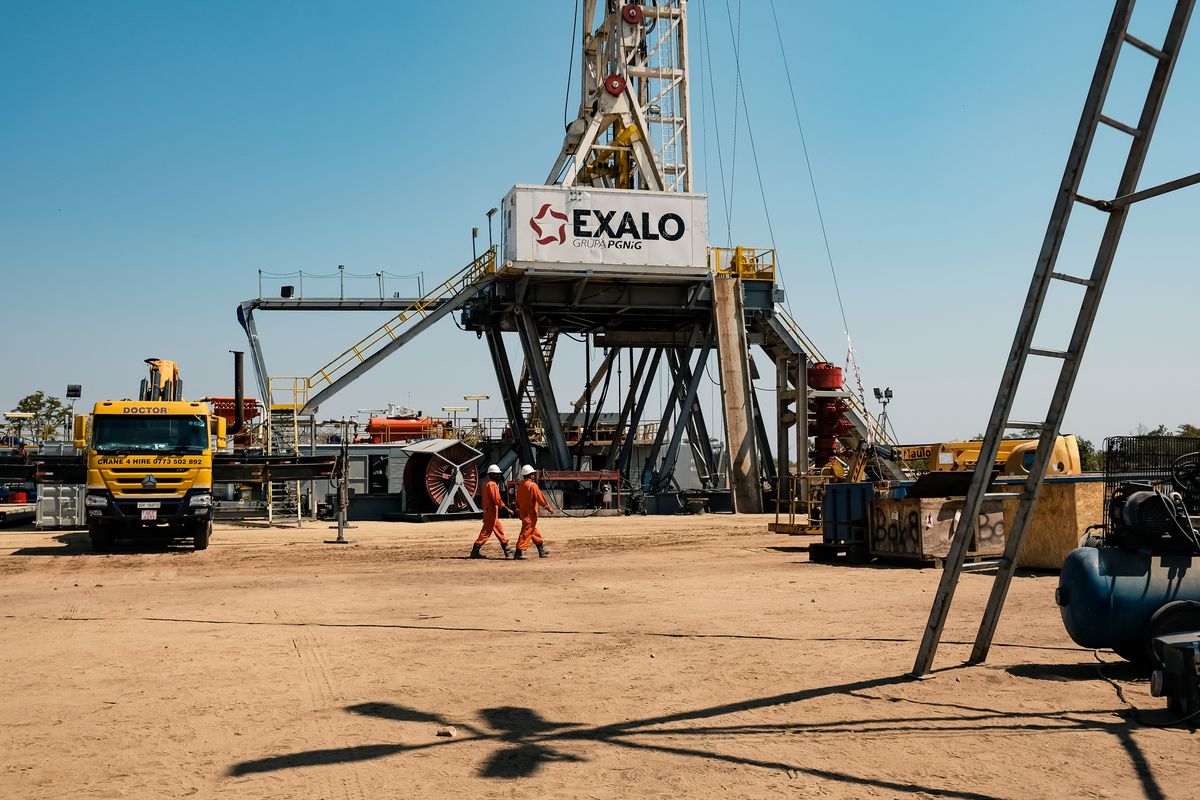 However, Invictus, which drilled the first hole in four months, has committed to keeping the drilling rig in Zimbabwe for at least another 12 months to drill more holes. The company has extended the contracts of all employees and will continue drilling to obtain the confirmation samples required to formally declare a commercial strike.

The confirmation of hydrocarbons in Zimbabwe gives extra sources of energy to Zimbabwe and opens the door to massive economic growth and development through the emergence of downstream industries, new job creation and growth in export earnings and Government revenue.

Invictus Energy has reportedly identified 13 potential hydro-carbon-bearing zones at its Mukuyu-1 well in the Cabora Bassa Basin in Mbire District in Mashonaland Central where the company is searching for gas and oil.

Evaluation of technical data from results of recent exploration drilling have confirmed that the country holds substantial oil and gas reserves similar to recent discoveries in regional countries such as Namibia and Uganda, which however had to drill several hundreds of holes before success.

In 1974, Namibia commenced drilling and did nearly 100 dry holes before hitting the first “sweet spot”.

“To this end, we are extremely buoyed by the positive results from our first Mukuyu-1 well on the project and in Zimbabwe.

“Our only disappointment was the technical failure to recover a fluid sample that would have allowed us to declare a commercial recovery.

“Geo Associates and its partners (Invictus and One Gas) remain indebted to our communities and stakeholders for the immense support rendered to our project and with the positive results from Mukuyu1, the company is galvanised for the hard but exciting work ahead,” Geo Associates managing director Mr Paul Chimbodza said in a statement.

Early this month, Invictus announced fluid samples were not obtainable at the Mukuyu-1 well due to technical and operational issues experienced at the site.

Drilling of the Mukuyu-1 well began in September last year. “We encountered a total of 13 hydrocarbon bearing zones with a combined depth of 225 metres in this first well ever drilled in Zimbabwe. Rock porosity in the hydrocarbon zones ranges from 15 to 20 percent.

“The well test-work showed fluorescence, which is an indicator of liquid hydrocarbons,” said Mr Chimbodza, adding that they could not complete downhole wireline logging (testing instruments) as the well conditions below 3 000m were not favourable and thus they risked losing the wireline logging equipment in the hole.

“We decided and successfully drilled a clean side-track well from 3 618m to 3 923m, which again confirmed the presence of gas and liquid hydrocarbons as shown by fluorescence tests.”

International best practice requirements for Australia Stock Exchange-listed oil and gas exploration companies, Mr Chimbodza said, require companies to bring a liquid sample of hydrocarbons to the surface before it can be declared a commercial success.

He said for various reasons, mostly to do with technical issues and equipment failure and poor performance by one of the service providers, they could not bring the sample to the surface.

“The Mukuyu-1 well has managed to answer an important question on the presence of hydrocarbons in the Cabora Bassa Basin.

“In view of the positive results emanating from Mukuyu-1, the company is continuing with its exploration mandate under SG4571 and various technical activities are planned for 2023.

“Our project teams have been continually at the Mukuyu-1 site for more than four months and deserve a breather to recharge their batteries for the tasks ahead,” said Mr Chimbodza.

“We are staying on-site and are continuing operations and are planning further work programmes in 2023.

“We have extended the contracts of all our staff on the project.”

Meanwhile, Invictus has extended the Exalo 202 rig contract by another 12 months and the rig will remain in the country in preparation for drilling more wells to augment the positive results that came out of Mukuyu-1.

It is hoped that more seismic surveys around the Mukuyu-1 vicinity would be undertaken after the rainy season, to inform the location of the second well, Mukuyu-2 and others during the course of the year.

The first benefits from commercial production of the basin are likely to come from natural gas. A gas power station can be built very quickly and natural gas needs little processing to be used as a power station fuel. Natural gas can be used to as the prime feedstock for ammonia-based fertilisers, which is why there is keen interest in a pipeline from Muzarabani to Kwekwe.Herald