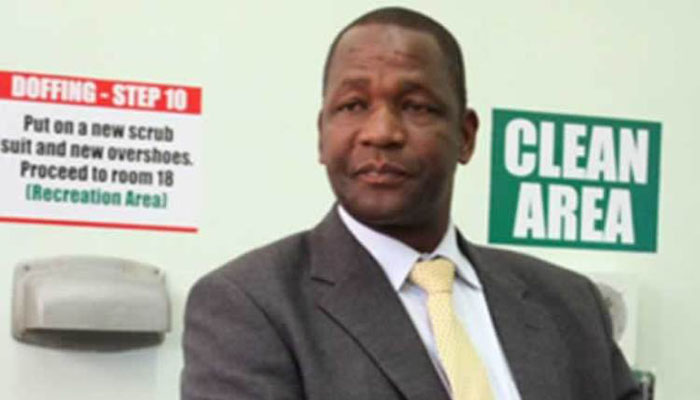 If diarrhoea patients aren’t managed appropriately, cholera epidemics in Malawi and Mozambique could move to Zimbabwe, he said.

“These situations are mostly in high-density suburbs with limited water, no trash collection, and sewage breaches.”

Dr. Chonzi claimed the city’s health department had improved its disease surveillance system by following up on suspected cases and tracing contacts.

All of our clinics are testing for diarrhoea and delivering free treatment.

“We’ve alerted our rapid reaction team, are vigilant, and are tracing contacts on suspected instances.”

He said the city was preparing crucial medicines and treatment regimens for an outbreak.

“In diarrhoea hospitals and clinics, we’ve stocked medicines and sundries,” he said.

SHOCK as Harare Denounces His Wife in Court

No people are now hospitalized, he said.

We urge the public to be on high alert because Malawi and Mozambique are experiencing a cholera outbreak. If we don’t manage it properly, we will be affected.

Environmental factors cause various health issues in Harare, including diarrhoea. Safe water, sanitation, and waste disposal are essential,” he said.

Increasing diarrhoeal illnesses are a major concern due to insufficient water and sanitation.

By God’s grace, many haven’t been infected yet.

“Council has forgotten how to respond to sewer burst reports.”

Most communities report that available council water is unfit for human consumption.

Glen Norah and Glen View were without water for three weeks.

Some opposition councillors are reportedly selling residents water from bowsers.

We’re recapitalizing because we’re behind on trash collection. We bought equipment to clear trash by 2022,” he said.

Because they spend too much time on the road, refuse compactors no longer take trash to Pomona Dumpsite. We’re building transfer stations where compactors can dump trash to speed up service.

Urban service delivery collapsed due to incompetence, malfeasance, and maladministration. President Mnangagwa has had to intervene through the Presidential Borehole Drilling Scheme to provide relief to residents in Chitungwiza and some parts of Harare. As a long-term solution to Harare’s water woes, the government is building Kunzvi Dam. Sun-Mail