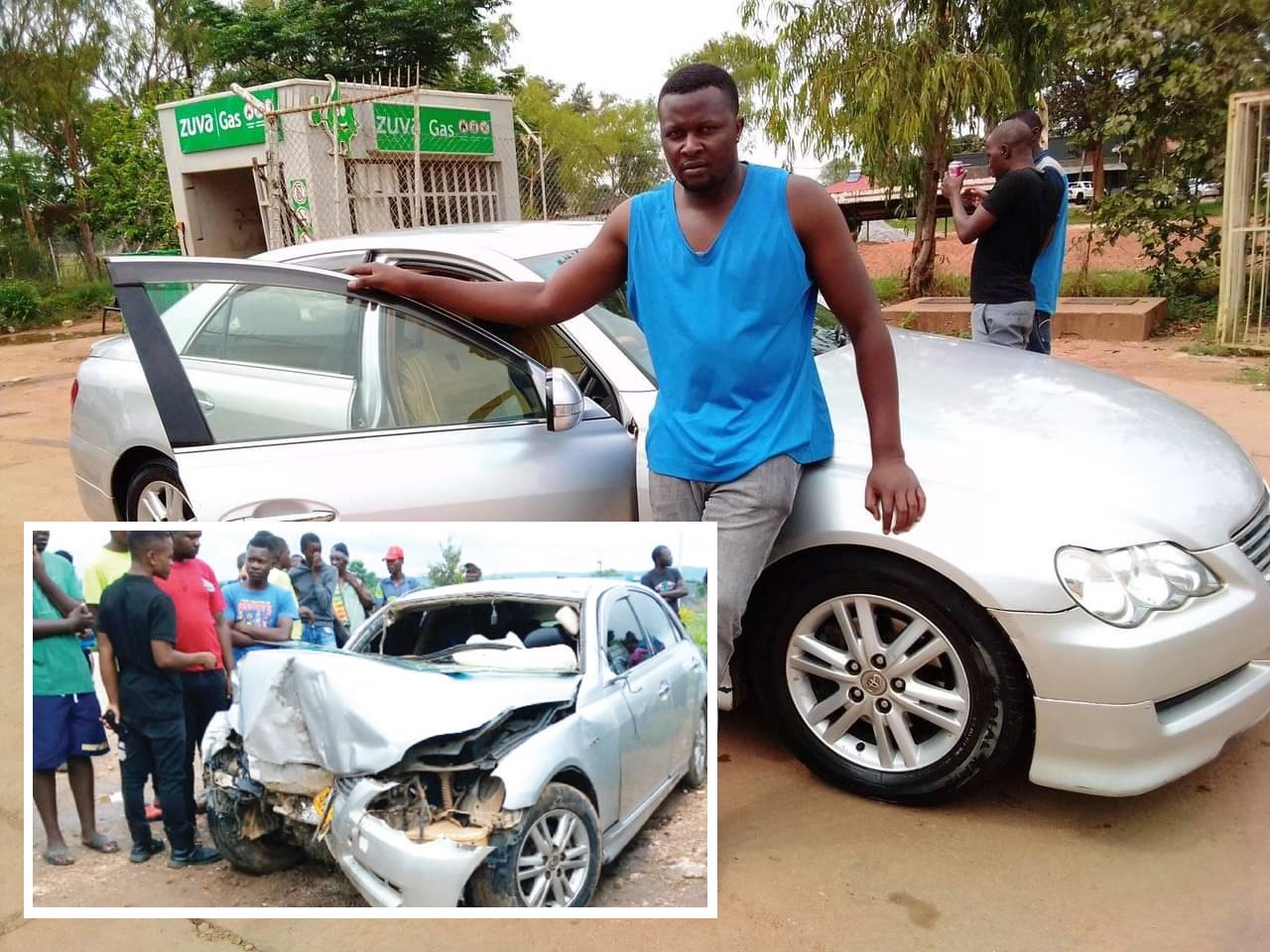 An accident claimed the life of a guy in his 30s when the vehicle he was driving went off the road and collided with a tree.

Nyashadzase Marumahoko, a resident of Cherima in the district of Chinhoyi, was traveling with a female passenger on Monday when he met his untimely end.

According to reports, his female companion suffered head injuries and is currently hospitalized in a critical state.

Assistant Inspector Ian Kohwera, who serves as the interim spokesperson for the Mashonaland West regional police, has verified the incident.

According to Assistant Superintendent Kohwera, Marumahoko was operating a Toyota Mark X at the time of the collision that occurred at the 90 kilometer marker along the Chegutu-Chinhoyi road.

“Upon reaching the 90km marker, Marumahoko lost control of the vehicle, which caused it to veer off the road and hit a tree, before it trapped Marumahoko and the female passenger within.

Both the ZRP Chinhoyi Traffic and the municipal fire department responded to the spot, and they were able to recover the deceased man and the injured woman.

When it comes to driving, Assistant Superintendent Kohwera stressed the importance of great caution and keeping a sharp eye out for potential dangers.